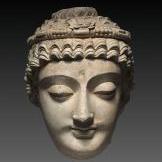 Twin Flame or Anima and Animus?

We can tell which of these two ideas is more likely.

By Marion Jenis, April 21, 2018 in Philosophy and Psychology