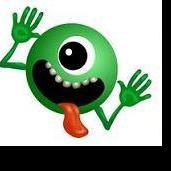 the search for ET life

By Advenix, July 1, 2018 in Extraterrestrial Life & The UFO Phenomenon

78 posts in this topic