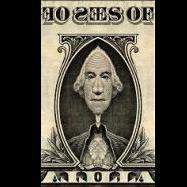 By Kais_one, July 17, 2018 in Spirituality, Religion and Beliefs

34 posts in this topic