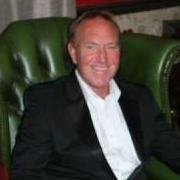 Inexplicable amount of incidents on the M6

By Mike Brooker, August 28, 2018 in Ghosts, Hauntings & The Paranormal

45 posts in this topic