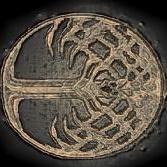 Can anyone id this snake?

51 posts in this topic