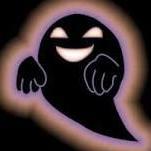 Can wearing this cure cancer, tumours, and any diseases?

61 posts in this topic