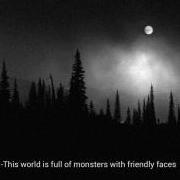 Some evidence that aliens exist.

By JessicaButerfly, April 16, 2019 in Extraterrestrial Life & The UFO Phenomenon