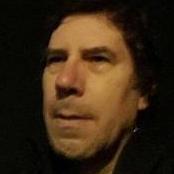 By Xavier Perez-Pons, October 23, 2019 in Spirituality, Religion and Beliefs

84 posts in this topic