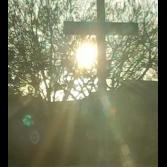 Unexplained current event with my cell phone and a book.