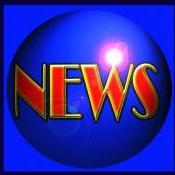 If God Would Exist, The Devil Will Not!

This is a true statement?

By News, October 7, 2020 in Spirituality vs Skepticism