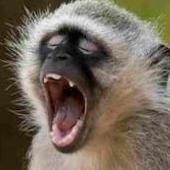 The one question you would ask your God.

By To do list, January 2 in Spirituality vs Skepticism