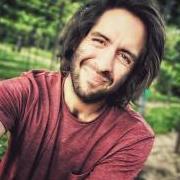 just sharing some thoughts about what I believe

By SavvySerpent, Thursday at 10:18 PM in Spirituality, Religion and Beliefs

32 posts in this topic