What are your thoughts about this? 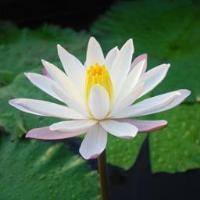 By AnnaNova,
February 2 in Cryptozoology, Myths and Legends