Question about a particular type of experience. 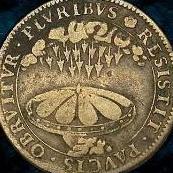 By Questing,
August 11 in Extraterrestrial Life and The UFO Phenomenon