Born in the Wrong Time Period 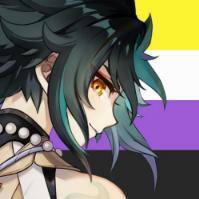 By Joke_Master_Mandy,
December 12, 2006 in Metaphysics and Psychic Phenomena