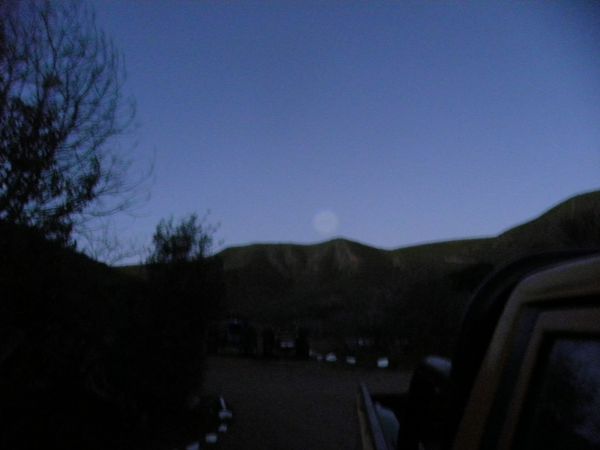 
Uploader comment: At about 7 pm on 29/9/2013 , guests around a fire in the Boma at Baviaans Lodge, Eastern Cape , South Africa, saw a large round light in the North eastern sky, about 45 deg above the horizon, the large light object, appeared to have a ring light band around it, with a bright star like object in the centre, after being stationery for about 2 minutes, the large light moved down towards the horizon, fading away as it did, disappeared after 2 minutes, this was about the size of a full large moon, which moved across the sky 45 deg to horizon in about 2 minutes. The camera was grabbed and managed to get 1 pic in before it disappeared, the object was viewed by 10 people at the Lodge, and sightings of this same light have come in from other parts of South Africa. This is the 2nd confirmed UFO sighting at the lodge in the last 18 months

Posted 8-15-2020 | 1 comment
The US government has confirmed that it has set up a body dedicated to investigating the UFO phenomenon.

Posted 8-15-2020 | 3 comments
By identifying the chemical signal that triggers swarms to form, it may be possible to stop swarming entirely.