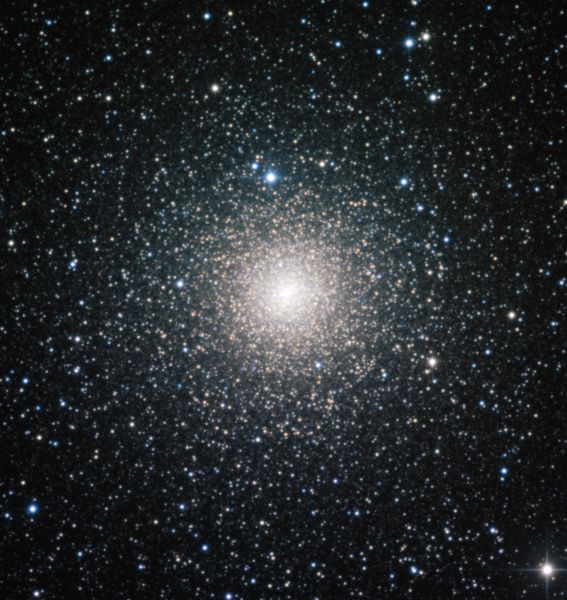 
Uploader comment: This image from the MPG/ESO 2.2-metre telescope at ESO's La Silla Observatory in Chile shows NGC 6388, a dynamically middle-aged globular cluster in the Milky Way. While the cluster formed in the distant past (like all globular clusters, it is over ten billion years old), a study of the distribution of bright blue stars within the cluster shows that it has aged at a moderate speed, and its heaviest stars are in the process of migrating to the centre.

Posted 5-30-2020 | 8 comments
Join the livestream as Doug Hurley and Bob Behnken launch from US soil aboard a SpaceX Crew Dragon.

Posted 5-30-2020 | 1 comment
Scientists from Texas have identified the tiny fossil of a millipede that lived more than 425 million years ago.