Zooming In On Pluto’s Pattern Of Pits 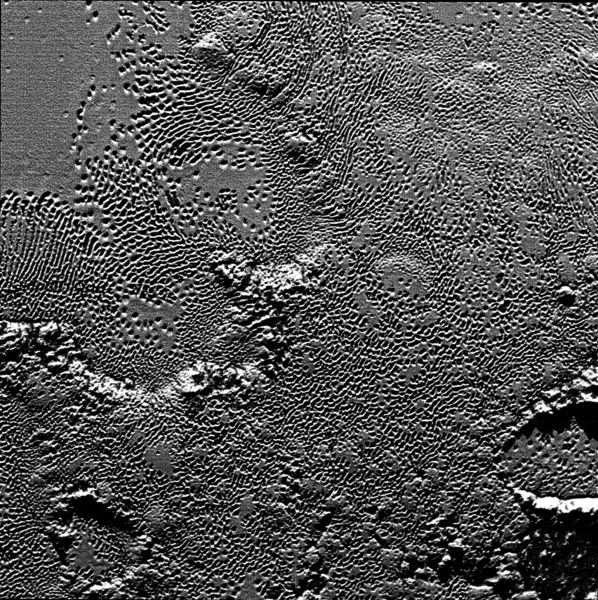 
Uploader comment: On July 14 the telescopic camera on NASA’s New Horizons spacecraft took the highest resolution images ever obtained of the intricate pattern of “pits” across a section of Pluto’s prominent heart-shaped region, informally named Tombaugh Regio. The image is part of a sequence taken by New Horizons’ Long Range Reconnaissance Imager (LORRI) as the spacecraft passed within 9,550 miles (15,400 kilometers) of Pluto’s surface, just 13 minutes before the time of closest approach.

Could deepfakes lead to an epidemic of d...