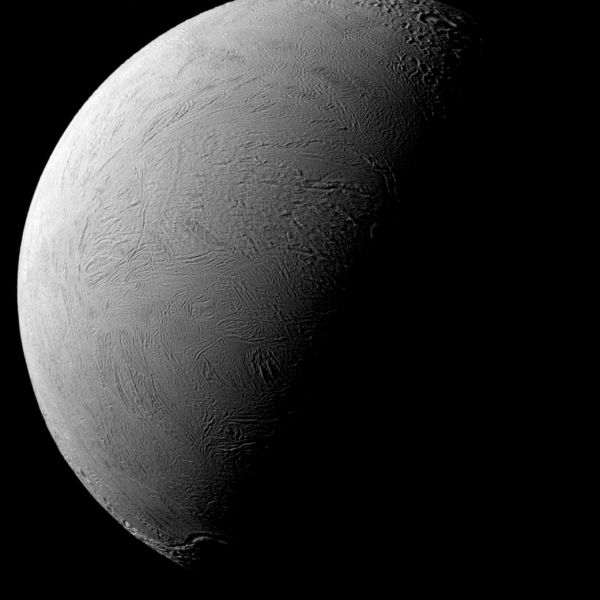 
Uploader comment: NASA's Cassini spacecraft captured this view of Saturn's moon Enceladus that shows wrinkled plains that are remarkably youthful in appearance, being generally free of large impact craters. When viewed with north pointing up, as in this image, the day-night boundary line (or terminator) cuts diagonally across Enceladus, with Saturn approaching its northern summer solstice.