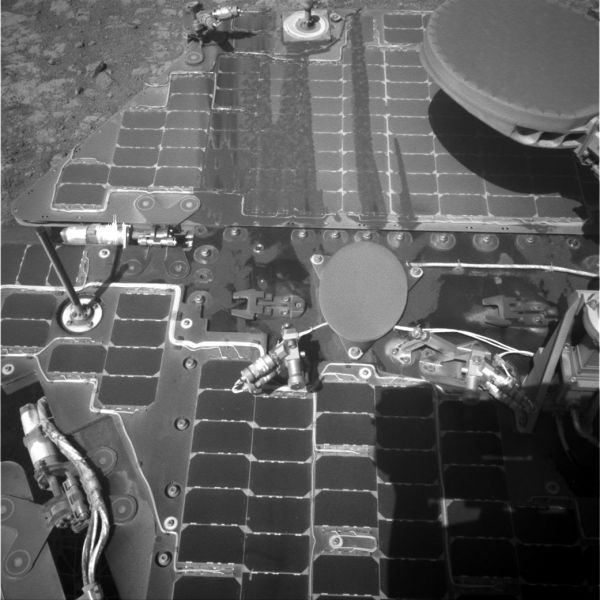 
Uploader comment: This image from the navigation camera on the mast of NASA's Mars Exploration Rover Opportunity shows streaks of dust or sand on the vehicle's rear solar panel after a series of drives during which the rover was pointed steeply uphill. The image was taken on March 21, 2016, during the 4,322nd Martian day, or sol, of Opportunity's work on Mars.

Street harassment: Wolf whistling to be ...