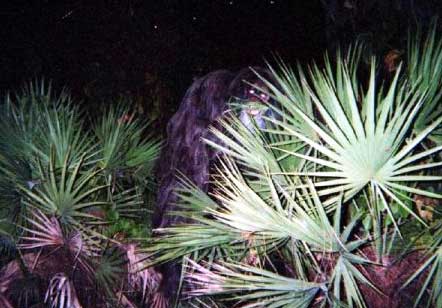 
Uploader comment: One of two photograph taken in 2000 by a woman who claimed to have encountered the creature at the edge of her back yard, the pictures were sent anonymously to the local Sheriff's department in Florida.

Image status: UNEXPLAINED The 'Myakka skunk ape' was photographed in 2000 by an anonymous woman in Florida, she believed at the time that the creature was an escaped orangutan however it is still unclear as to whether this was the case or not.


Recent comments on this image

cool. it lokes real to me. 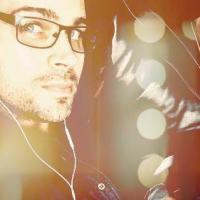 If you look at the cropped version, you can see that it's a picture of an ape propped up behind the plants.

Look how the eyes reflect off the camera flash, awsome!

anyone know if any official image analysis has been performed on this picture?

if my back yard looked like that i would be moving

lol This almost looks like a blanket over an old man with a beard.

it turns out this was an escaped Chimpanzee that has been living in the swamp for a while, apparently peopl let them go??
On the forum
UK and Europe

Johnson: UK would boost Nato troops if U...

MOD: Robots could be used to support sol...
United States and the Americas

Judge shoots down religious discriminati...
Earth, Disasters and the Environment

Computer models predict the collapse of ...

We need a greener way to die
Space: Astronomy and Astrophysics

Astronomers spot object unlike anything ...

What would happen if the Earth stopped s...

CIA report suggests 'Havana Syndrome' is not what it seems