Who was the mysterious assailant ? Image Credit: YouTube / Facebook / Dashcam Owners Australia
Dashcam footage shows a creepy figure walk out on to the road and lunge at a car as it passes by.
The driver had been traveling along Lake Road near Kearsley at around 1:30am when he came across a vehicle blocking a nearby intersection with a hooded figure standing next to it.

The footage recorded by the driver's dashcam shows the mysterious individual walking out on to the road and stopping in the middle of the lane with his head looking down at the ground.

The chilling encounter then concludes with the assailant lunging towards the car screaming at the top of his lungs while the driver puts his foot down and speeds off as fast as possible.To make matters worse the driver's wife, who had been travelling just one minute behind in a separate vehicle, couldn't be reached on her phone and subsequently encountered the same hooded figure on the road who lunged at her car in just the same way.

The dashcam footage of the incident can be viewed below.

#26 Posted by woodsbooger 8 years ago

It's all over youtube....it's about the hits they get. The driver of the vehicle was probably in on it as well. This makes sense to me. Who just has a dash camera on like that?

That looked staged to me, I didn't see and lunging, I didn't even see who yelled. I also noticed, if you watch the whole video, at the end are links to other videos, and the others about the same subject say it was a woman it happened to. It couldn't have been because it's the same exact video. Doesn't make sense.

#30 Posted by Paranormal_Etcetera 8 years ago

Dashcams are good for when another driver lies about something. Just to get on youtube is stupid. Is this all people have time for? What has happened to us that we watch a video of someone jumping lunging or whatever in front of a car and thats all we can talk about. Off to other more interesting things.

#31 Posted by GoldenRabbit 8 years ago 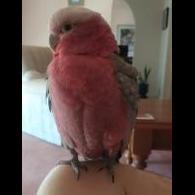 When going along a B road a few weeks back, I noticed something on a hill that stood out. It looked like a hoodie slouched over all by himself. He just didn't move and was possibly depressed. I've gone along that route since and haven't seen that hooded figure again. So I know for sure he was real and wasn't part of the scenery.

#33 Posted by freetoroam 8 years ago

When going along a B road a few weeks back, I noticed something on a hill that stood out. It looked like a hoodie slouched over all by himself. He just didn't move and was possibly depressed. I've gone along that route since and haven't seen that hooded figure again. So I know for sure he was real and wasn't part of the scenery. It could have been someone having a dump.

#34 Posted by WolvenHeart7 8 years ago

That's someone I'd totally open my door for to knock out.. maybe he'll wake up with more brain cells.

#35 Posted by TheGreatBeliever 8 years ago

There r ghost stories at malaysia saying that after u go thru a mist someone be sitting behind u. But they say never to look at the mirror..

Click here to view all 35 comments on this story

Steven Spielberg believed his DVD of 'Pa...
UK and Europe