The next-generation space telescope has achieved what astronomers are calling 'a transformative moment'.
Very few extrasolar worlds have ever been observed directly because they are so faint relative to their parent stars, which makes these latest images from the James Webb Space Telescope so impressive. 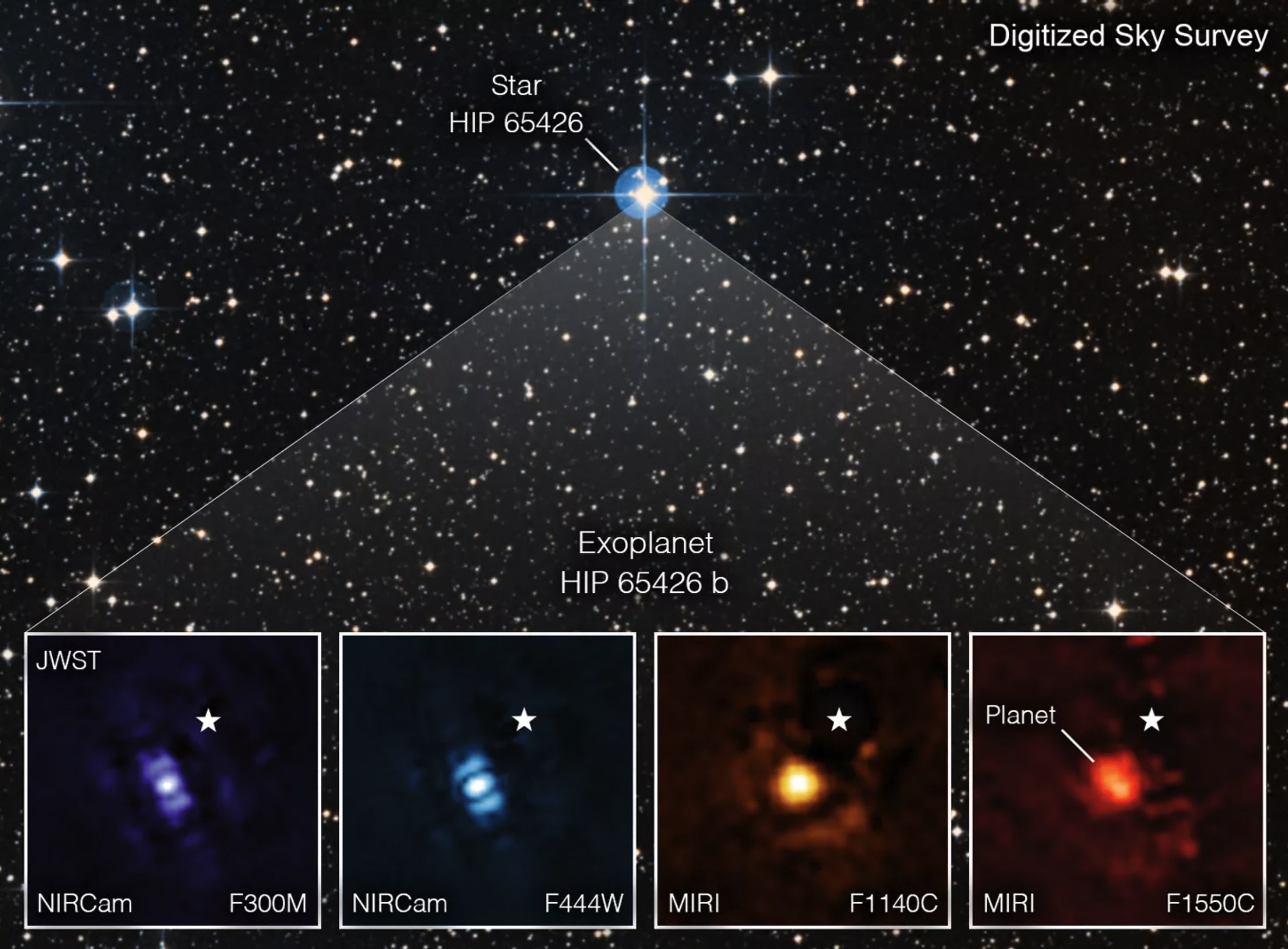 Captured using the telescope's Near-Infrared Camera (NIRCam) and Mid-Infrared Instrument (MIRI), the images show - for the first time since the James Webb began operations - an extrasolar world imaged directly in a solar system some 385 light-years from the Earth.

Known as HIP 65426 b, the planet is very large - roughly 12 times the size of Jupiter - and also orbits its star at a distance equivalent to 100 times the distance from the Earth to the Sun.Incredibly, the telescope was able to separate them despite the planet being 10,000 times dimmer than its star.

"At first all I could see was light from the star, but with careful image processing I was able to remove that light and uncover the planet."

While this particular planet is definitely not a good candidate for finding extraterrestrial life, the James Webb Space Telescope is likely to be observing a great many other worlds during its lifetime.

"This is a transformative moment, not only for Webb but also for astronomy generally," said study leader Sasha Hinkley of the University of Exeter.

I was really looking forward to seeing a close up pic of aliens waving hi to the camera.

What is the definition of an 'alien planet'?  I mean it says right there on the website that it is definitely not a good candidate for finding extraterrestrial life

#3 Posted by Abramelin 20 days ago

Because it's a gas giant?

An alien planet orbits a star other than our sun, and is sometimes called an "exoplanet. lol...I thought they were referring to planets with alien life...doh!

Didn't he star on Dragnet?