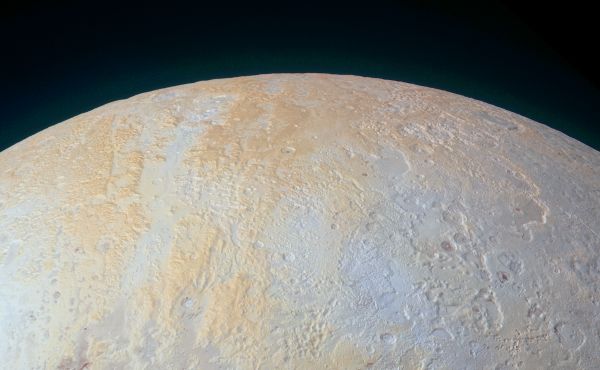 
Uploader comment: This ethereal scene captured by NASA’s New Horizons spacecraft tells yet another story of Pluto’s diversity of geological and compositional features—this time in an enhanced color image of the north polar area. Long canyons run vertically across the polar area—part of the informally named Lowell Regio, named for Percival Lowell, who founded Lowell Observatory and initiated the search that led to Pluto’s discovery.

Why arenÂ’t all the people who are looki...

China preparing for “D-Day” INVASION of ...

Pfizer has a commercial out that doesnÂ’...

This is the Shooter the media has been l...