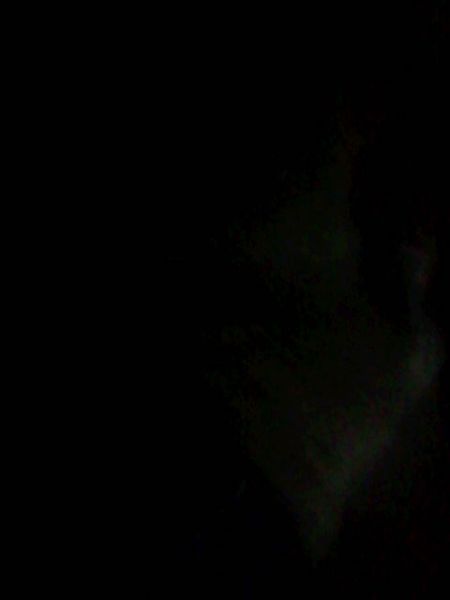 
Uploader comment: In the Comox Valley, B.C., Canada. There is a place called Bevan townsite it was an old town for miners....for more info about the town go here...http://cfmb.icaap.org/content/1979/2.3/15-Music_Are_You_From_Bevan.pdf...........anyway we were wondering around the old ruins when we found an old mineshaft so my boyfriend, my father and I used a ladder to climb in. There was alot of beer cans and other signs of partys that had happened but are flashlight was weak so I shined the flashlight around while my boyfriend snaped pictures he did one and we noticed it was black so we tried two more times to take a pic and it turned out black. We gave up and climbed out of the hole. A few days later i was posting my pics to facebook when I noticed this picture from inside the mine.....totally creepy.

Caused by a low megapixel camera, probably a cell phone. I don't think there is anything paranormal here.
On the forum
Natural World

The case of the disappearing deer Â– and...
United States and the Americas

Alien civilizations could be doomed to stagnate or collapse