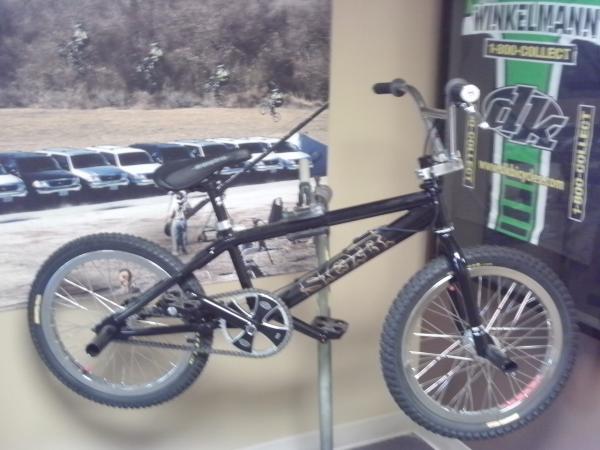 
Uploader comment: Picture taken from inside the Systems Cycle Warehouse in Springboro, Ohio of the DK 'SOB' used by Colin Winkelmann in 2001 to set the Guinness Book of World Records record for longest BMX jump, which is still unbroken to this day. Sadly this feat, which was jumping over 23 SUVs after being hucked (dragged behind a motorcycle) was one of Colin's last great achievements. In July 2004, after a terrible crash in North Carolina (that broke 2 vertebrae), Colin was told that he would never be able to ride again, sending him into deep depression. On August 9, 2005 Colin committed suicide at the age of 29. RIP Colin Winkelmann...

Posted 7-14-2020 | 26 comments
A man from Plymouth, England has filmed a peculiar area of flattened trees in the middle of a Devon wood.