Ghost vanishes after painting is returned

Image Credit: expired
Sightings of a ghost at a 19th century mansion have stopped after an old painting was returned.
It is thought that the ghost and the painting are that of Mrs Bell who previously occupied the 15-bedroom mansion before her death in the early 1900s. Current owner Alan Smith has reported numerous sightings of a ghostly woman moving between the rooms of the building in the early hours of the morning. "She was usually wreathed in a blue haze and just drifted around – you couldn’t see her legs," he said. "Sometimes she would even arrive at the bottom of my bed in the middle of the night."
The pale Edwardian figure made frequent visits to the mansion home of Alan Smith, always accompanied by the music of Chopin, according to the startled souls who bore witness. Her interest in the house was a mystery – until the discovery of a long-lost painting that appeared to feature the very same person, sitting at a piano.

US spy plane image of 'metallic UFO' over Iraq has been published
1-24-2023
<< Previous story
'Mobile nature reserves' could save species
Next story >>
In search of the 'Wow!' signal
Recent comments on this story

lol people will do anything for fame=money

#4 Posted by King Fluffs 11 years ago

#5 Posted by dharma warrior 11 years ago

I had a painting of some dogs playing poker hanging in my living room for years. Finally got rid of the damn thing. Now my home is filled with the smell of cigar smoke, there's dog hair everywhere, and fleas! Still, it's better than that ugly ass painting.

#6 Posted by Sevenof Seven 11 years ago

This is a sad story with a happy ending and that only took over a hundred years of haunting. Rest in peace Mrs Bell. 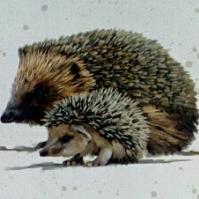 I just wish there were some photos of the ghost. Or videos would be better How come this ghost has been wandering around for ages, yet not one person thought:.....oh i will just get a few piccies?????

Anything is possible, to say otherwise, well your a bit thick headed.

The sorry it'a a cliche, and as @reggie2011 said "lol people will do anything for fame=money", its true....I can only guess how much is the price of the painting now.(painting with this kind of a story will cost a lot of $$$)

The sorry it'a a cliche, and as @reggie2011 said "lol people will do anything for fame=money", its true....I can only guess how much is the price of the painting now.(painting with this kind of a story will cost a lot of $$$) Very valid point

#11 Posted by Mistress of Shadows 11 years ago

Whoa, that is so cool! I love the picture, it is so beautiful and so was she.

#12 Posted by monica-louise 11 years ago

i actually saw the painting of her sat at the piano,the story was featured on a BBC program called Antiques Roadshow last weekend, its just one man's word when he was trying to get the picture of the lady at the piano valued...It appears the story had no effect on the price either, worth about Ł500

Spoiled children of privilege trying to ...

Trump Loses Access to Millions of Viewer...
Extraterrestrial Life and The UFO Phenomenon

Woman finds 'Bigfoot' video among her la...
UK and Europe