Image Credit: CC 2.0 Casa Rosada
Claims that TV images show Pope Francis performing an exorcism have been denied by the Vatican.
[!gad]The video was recorded during Sunday mass and showed a man reacting to the Pope placing his hands on his head, a scene typical of an exorcism. The footage was shown on a TV channel owned by the Italian bishops' conference along with quotes from exorcists who suggested that it did indeed show Pope Francis performing such a ritual.

In an official statement however, spokesman Federico Lombardi was quick to deny that the Pope had performed an exorcism. "Rather as he frequently does with the sick or suffering who come his way, he simply intended to pray for a suffering person," he said. The director of the TV station, Dino Boffo, later apologized, stating "I apologise for having altered the truth of the facts and for the people who are involved, in particular I apologise to the Holy Father."
The Vatican has denied claims that Pope Francis performed an exorcism, after TV images showed a man apparently reacting to him putting his hands on his head.

#12 Posted by NiteMarcher 9 years ago

Sensationalizing the story can mean the difference between someone buying your newspaper or buying your competitor's... And making "big bucks" while their at it...truth or spin!

#13 Posted by Philangeli 9 years ago

It's funny how the media always looks to sensationalize anything & everything they can get their hands on. I would not call touching someone's head an exorcism, but more of a comforting act or blessing for the person. Many tourist who venture to Vatican city are hoping to just get a glimpse of this man, so, how fortunate that this man had a personal encounter with the Pope. Exactly.If others bothered to read the link in the OP, without jumping to conclusions, the explanation was: The Pope's spokesman said he "did not intend to perform any exorcism". "Rather as he frequently does with the s... [More]

#14 Posted by bigjonalien 9 years ago

Its a prerequisite to becoming the Pope!

#15 Posted by Philangeli 9 years ago

Its a prerequisite to becoming the Pope! Yes, I imagine the anti-catholic, garbage-consuming under-classes might believe that!

If I may ask, why is it a bad thing that the pope would be performing an exorcism? Does it have something to do with the Pope's status? Hello Skeptic Chicken,It goes with the territory. Demons are also the same today, yesterday and tomorrow -- evil, until the end of time. They are too real. "Christians," not just Catholics (and yes, Catholics are Christians...), have the ability to cast out demons because they know how to pray and fast...and most of all, "Christians" are connected to the Holy Spirit. Authority over demons is earned or secured by believing in Jesus Christ. Some have more faith ... [More]

Its early now and when I wake up maybe I will change my mind but I don't see the big deal if he did. Your statement has brought this to mind: "When they came to Jesus, they (the locals) saw the man who had been possessed by the legion of demons, sitting there, dressed and in his right mind; and they (the locals) were afraid... Then the people began to plead with Jesus to leave their region" -- Mark 5:15, 17.Peace.

Funny to see how many self-appointed experts on exorcism there suddenly are. I would not claim to know what an exorcism "looks like", but if it is nothing more than to touch someones hand and mumble something, I certainly don´t have a problem with it. This brouhaha sounds like a lot of hot air to me. (And no, I am not a Catholic.) 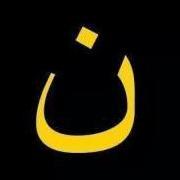 That wasn't an exorcism... it was something else, we call it spiritual liberation. There is in fact a difference, on one hand exorcism expels a demon that abides within a person, on the other spiritual liberation liberates a person from a consistent spiritual attack from the outside of a person, in the form of mental, emotional or spiritual anguish. The Pope simply prayed for the person in question, (something any Christian can do) the visible effect was the person being liberated from a spiritual and ongoing attack.

#21 Posted by kurtstallings 9 years ago

Jor-el is correct. When I first saw the story, I was baffled. The reporter specifically claimed that "the Pope performed an exorcism." You wouldn't have seen him greet an engaged couple and bless them, wishing them well in their marriage, and write "the Pope performed a wedding." The Rite of Exorcism is fairly intense and extensive. If anything similar happened here, and I don't know one way or the other, it would have been what the evangelicals call spiritual liberation.

US judges took millions in bribes to sen...
Philosophy and Psychology