A still from one of Magola's many demonstrations. Image Credit: YouTube / Miroslaw Magola
Miroslaw Magola claims that he has the ability to magnetize metal objects and stick them to his body.
The 55-year-old can often be seen showcasing his unusual talent by sticking a variety of metal objects to his skin without the use of glue or adhesives. The attraction is so strong in fact that he can jump around with anything from beer cans to metal cookware attached to his body without them falling off.

"I found out I could train myself to manipulate lifeless objects as I studied for my degree in the early 90s," he said. "I have since spent years perfecting the technique and exploring further into human magnetism."Despite skepticism from others, Magola maintains that his powers are genuine and that he uses no tricks to achieve his feats of magnetism. "I am determined to develop my unique powers further in the future, and I'm currently working with telepathy and healing to see how psychokinetic energy can be put to a use that will benefit mankind," he said.

Magola hopes to take things one step further by attempting to win James Randi's One Million Dollar Paranormal Challenge, a prize made available to anyone who can satisfactorily prove that psychic powers exist. "I want to do it live in TV and cannot wait to get a reaction from an audience and prove to skeptics who claim it is all a hoax," he said.

Next story >>
Is boy the reincarnation of his grandfather ?
Recent comments on this story

#29 Posted by cedarcarver1 9 years ago

My wife says I have the reverse King Midas touch. She says everything I touch turns to crap! Is that marketable?

#30 Posted by cedarcarver1 9 years ago

My wife says I have the reverse King Midas touch. She says everything I touch turns to crap! Is that marketable? 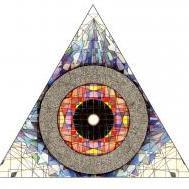 Levitation can be done check this video out

Levitation can be done check this video out Sure can

#35 Posted by digiconze 9 years ago

may be he have pasted gum on the plates

#36 Posted by ShadowSot 9 years ago

Be interested if he cant still do it after a good shower and some talcum powder.

#37 Posted by TheGreatBeliever 8 years ago

I do believe his skin adhere's to the objects..

#38 Posted by Moeyoatey 8 years ago

I thought Magneto was taller and had more hair. Only in Hollywood.

What is it about the human brain that ma...

Havent had COVID yet? It could be more...