The Skittles were set to be turned in to cattle feed. Image Credit: CC BY-SA 4.0 David Adam Kess
Authorities have been investigating how thousands of Skittles ended up scattered across a rural highway.
Word of the peculiar spillage started to spread after the Dodge County Sheriff's Office wrote on its Facebook page that hundreds of thousands of Skittles had been found all over the road.

A later update revealed that the sweets, which happened to all be red, had fallen from the back of a truck after the box they were being carried in started to disintegrate in the rain.


In an odd twist, the Skittles were found to have been on their way to be turned in to cattle feed despite the fact that, according to Mars Inc., they came from a factory that doesn't do this.The sweets were supposed to have been destroyed as they were missing their signature 's'.

The company is now believed to be investigating what happened.

"While we don't know who did this, it is certainly clear that it may be difficult to 'Taste the Rainbow' in it's entirety with one color that likely fell off the truck !" the Sherrif's Office wrote.

<< Previous story
Nearby planet Wolf 1061c may be habitable

#1 Posted by glorybebe 6 years ago

huh.  We raised cows for years. Never thought of giving them candy...

#2 Posted by Eldorado 6 years ago

"candy makers and bakeries often sell rejects to be used as cattle feed because they provide "cheap carbs." The practice goes back decades, but it picked up steam in 2012 when corn prices were surging and cattle farmers were looking for a cheaper way to keep their cows and other livestock fed." You never had "reject candy" doing the rounds.  (I've never heard of such a thing as "reject candy").

#3 Posted by Chaldon 6 years ago

#4 Posted by Grandpa Greenman 6 years ago

I bet you beef is yummy, too.  I'm trying to buy my meat and veggies from small farms, but my cash is limited..  Beef from the factory farms doesn't have any taste in it.  Grass fed beef is like a trip back in time to my youth, when food tasted like it should taste.   Meat tastes like what it is feed, you feed it crap it will taste like crap.  One thing I learned from helping a neighbor with his cows as a kid, happy, healthy cows make for great meat.

#5 Posted by danielost 6 years ago

they lost the red out of the rainbow.

#6 Posted by glorybebe 6 years ago

We did not use antibiotics or any hormones on the cows.  You are right, the beef tastes different.  Our cows had 30 acres to wander, they were not cooped up.  Same as the chickens.  They were free to run around and eat bugs.  The eggs tasted way different than store bought. One thing you might try is to see if any of your friends could go in on half or quarter of beef with you.  Then you come up with healthy meat for less.  A lot if time it is way cheaper than in the store if you can do it that way.

#7 Posted by IamthemanfromNantucket 6 years ago 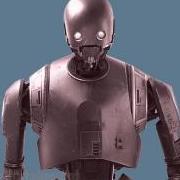 Nobody tell Marshawn Lynch, that dude loves him some Skittles.

#8 Posted by AustinHinton 6 years ago

The thread title sounds like a MadLibs answer. Maybe the candies fell of s shipping truck?

#9 Posted by Four Winds 6 years ago

"I think it's a viable (diet)," John Waller, an animal science professor at the University of Tennessee, told Live Science. "It keeps fat material from going out in the landfill, and it's a good way to get nutrients in these cattle. The alternative would be to put (the candy) in a landfill somewhere." Maybe it is just me, but the idea that skittles are a good way to get nutrients to cattle seems a bit strange.

#10 Posted by Grandpa Greenman 6 years ago

Want to bet this guy works for the factory farm industry, where they keep cows in feedlot pens without grass and stand in their own excrement all day. Candy is just calories without a lot of nutrients, unless you got a few nuts in it.  My guess, the goal of a factory farm is to get them fat before they get sick from the diet and living conditions.  In that case candy would be better for them than corn.

Should we build a nature reserve on Mars...
Stories, Sightings & Experiences

Kirstie Alley death and my near Mandela ...

What is this critter? Just a tall cat?