The man had attempted to rescue the stricken woman. Image Credit: CC BY 2.0 Tommy Sea
A paranormal investigator called the emergency services after hearing cries for help at a Pennsylvania cemetery.
The peculiar incident, which took place on Wednesday just before 10am, occurred after the ghost hunter, whose name has not been disclosed, called the police after hearing what he described as a woman's voice calling out to him in Evergreen Cemetery, Springhill Township.

During the 911 call, he remained adamant that the voice, which had been coming from a pile of dirt inside a shed at the cemetery, had been screaming "help, help, I'm buried alive!".

Keen to help the woman and unwilling to wait until officers had arrived on the scene, he reportedly purchased a shovel and started digging next to the shed in a bid to reach her.When Trooper Johnathon M. Mosier got there however, there was no sign of a woman anywhere.

"No female was located and troopers cleared the scene," he said in the incident report.

As things stand, the source of the voice that the man had heard continues to remain a total mystery.

#8 Posted by Manwon Lender 3 years ago

This is what happens when people allow their imaginations to take hold of their thoughts and minds. If you allow your beliefs to control your Conscious mind, it will also effect your Unconscious mind and then you may experience situations like this even when awake. But, who knows maybe something really did happen, maybe someone pranked him, or maybe it was a Hoax all along, but just maybe something abnormal actually did happen, we will never know for certain!! Peace

#9 Posted by Skulduggery 3 years ago

#10 Posted by Amanda Evans 3 years ago

The details are too sketchy, for example did she just yell for help once, or did he switch on his tape recorder to capture more yells or what?

#12 Posted by MissJatti 3 years ago

He is a ghost hunter, so he believes in ghosts right? And yet he believes the screams where from an live woman under the dirty, in a graveyard.

I guess as a ghost hunter he probably isn't used to actually finding something! If any of this is true then I suppose we should be glad he sought help instead of whipping out a ouija board or ghost box, better safe than sorry and all that..   Gotta say there's a few things that feel weird on this one though: - Ghost hunting at 10am? Nothing inherently wrong with that but it seems a little odd to me - No audio or video recordings? Not too unusual, but disappointing as ever.. - Anybody else think it's weird he went off to buy a shovel? Local hardware store is 5 minutes away by car so it's plausi... [More]

Just bring a damn dog there and if he ear something you dig if not you get the guy in an asylum...

#15 Posted by stereologist 3 years ago

A friend of mine used to camp in cemeteries.  Pull in. Set up his tent. Leave in the morning. It is always a quiet sleep on a very nice comfortable lawn. 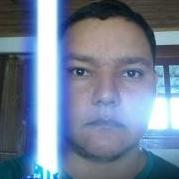 #17 Posted by Scholar4Truth 3 years ago

Probably some local pranksters messing with him. Now yes it is true there have been real cases where people were buried alive. But in this case I am going to chalk it up to some teens/teen hanging out in the cemetery messing with him. Since they didn't find anything the prankster/pranksters probably left before the police arrived there.