How is this ship floating in the air ? Image Credit: Facebook / Monika Schaffner / YouTube / ViralHog
Beachgoers at Mt Maunganui couldn't believe their eyes when they saw this strange spectacle earlier this month.
The puzzling scene was captured on camera by Monika Schaffner who had been traveling through the area back on April 21st when she noticed what looked like a vessel floating in the air above the ocean.

"It was like seeing something unreal," said told the New Zealand Herald. "I thought my eyes are playing a trick on me. I had to ask my partner if he sees the same as me."

"So I asked him to pull over so I could take a photo."

Sure enough, on closer inspection the ship does look as though it is hovering in the sky, but there is in fact a conventional explanation for the phenomenon and it is all to do with optics.Known as Fata Morgana, this type of illusion can occur when a layer of warm air sits on top of a layer of colder air (known as a thermal inversion), causing the light to bend as it passes through them.

The resulting effect can be quite striking and has been documented many times over the years.

While it is perhaps most commonly observed at sea, the illusion can occur on land as well - especially in deserts or in the polar regions where it is possible to see a long way into the distance.

Sometimes the object can appear larger or even upside-down in addition to floating in the air.

You can check out Schaffner's footage of the phenomenon below.

#1 Posted by Alchopwn 2 years ago

What a beautiful example of Fata Morgana. Are we aware of where it was reflecting from? Which ship it is?

#2 Posted by MissJatti 2 years ago

#3 Posted by acute 2 years ago

The gravity is all wrong in the southern hemisphere.

#4 Posted by Kleng 2 years ago

The ship could have possibly been in the exact location pictured, while the light is being refracted to show the sky as being "below" it.

#5 Posted by MissJatti 2 years ago

#6 Posted by freetoroam 2 years ago

#7 Posted by Iilaa'mpuul'xem 2 years ago

Definitely, the Ghost ship the Flying Dutchman... I am not buying into that Fatty Morgan rubbish.

#8 Posted by OverSword 2 years ago

Super cool.  Would love to see something like that in person.

I saw this once looking out on a beach in Wales. It looked like the ship was floating in the air above the water, looked cool. It's some sort of mirage. 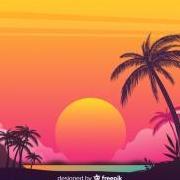 Must be first time beach goers.  Here is a flying boat: