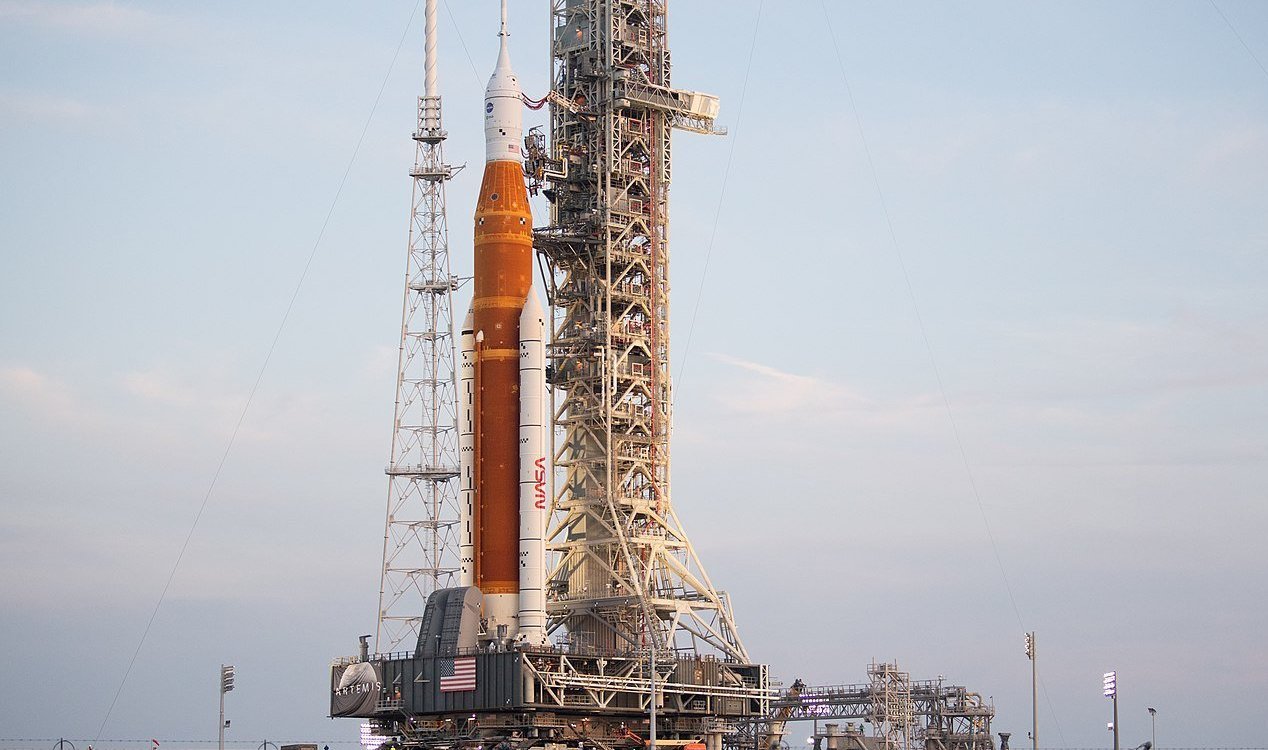 Things have not gone according to plan. Image Credit: NASA / Joel Kowsky
The first launch of NASA's flagship Artemis program has been plagued by technical issues and delays.
In the run-up to August 29th, excitement surrounding the launch of Artemis I - the first step in NASA's plans to return humans to the Moon - had reached fever pitch.

On the day itself, however, a faulty sensor reading caused the launch to be scrubbed and the date was pushed back to the next window of September 3rd.

Unfortunately, this second attempt also failed due to a fuel leak, leaving a big question mark over the launch and exactly when NASA would be putting its Space Launch System (SLS) into space.

Fast-forward a few weeks and now yet another possible launch window has had to be scrapped due to the impending approach of Hurricane Ian, forcing NASA to not only postpone the launch, but to initiate the process of rolling the enormous rocket off the launchpad and back to its hangar.This latest setback could ultimately see the launch being delayed for months - possibly until next year.

The rocket had been sitting on the launchpad since August 17th.

It is certainly a disappointing development in what was shaping up to be a historic launch that would have paved the way towards a manned landing within the next few years.

As things stand, we might be waiting a while longer to see the next human walk on the surface of the Moon.

#24 Posted by Hyperionxvii 2 months ago

It's about 200,000 miles. I can drive there given enough time. I mean if I had my flying car. Really, it not very far compared to other celestial objects, even in our own solar system.

#25 Posted by pallidin 2 months ago

It's much farther than you may think. Again, every single planet in our solar system can fit, side-by-side between the Earth and the moon. Look it up. I did.

That's true, but at apogee pole to pole. It's conditional. At perigee and side by side, they don't. Interesting subject you raised    https://slate.com/technology/2015/02/scale-of-space-can-you-fit-all-the-planets-between-the-earth-and-moon.html

#28 Posted by Hyperionxvii 2 months ago

Let's do some math. According to Google Maps, it is 41 hr (2,764 miles) from Baltimore, MD to Seattle, WA.  That makes the moon 72 times as far away, so it will take me 123 days to drive to the moon going at the top speed of 67 mph. Let's compare that to NASA getting to the moon, in a rocket traveling up to 17,000 mph. I get to he moon in 123 days. And judging by NASA's track record for the past 50 years, they will get to the moon... never.  So it's closer that I thought it was and obvious that I should drive to the moon if we ever want to get there again.

NASA said Friday it would try to launch its Moon mega-rocket in November, without committing to a precise date for the much-delayed Artemis 1 mission. The US space agency, which was forced to postpone its latest liftoff attempt due to massive Hurricane Ian which hammered Florida this week, announced it was preparing its next launch window for between November 12 and November 27. "Over the coming days," NASA said in a blog post, the team will assess conditions and necessary work and "identify a specific date for the next launch attempt." Officials had so far refused to completely shut the door ... [More]

NASA Sets New Coverage for Artemis I Moon Mission Launch NASA confirmed it remains on track for the launch of the Artemis I Moon mission during a two-hour launch window that opens at 1:04 a.m. EST on Wednesday, Nov. 16. The ?launch countdown?will begin at 1:24 a.m. on Monday, Nov. 14.   Artemis I is the first integrated flight test of NASA’s Space Launch System (SLS) rocket, an uncrewed Orion spacecraft, and the ground systems at the agency’s Kennedy Space Center in Florida. The mission will pave the way for a crewed test flight and future human lunar exploration as part of Artemis.  Following... [More]