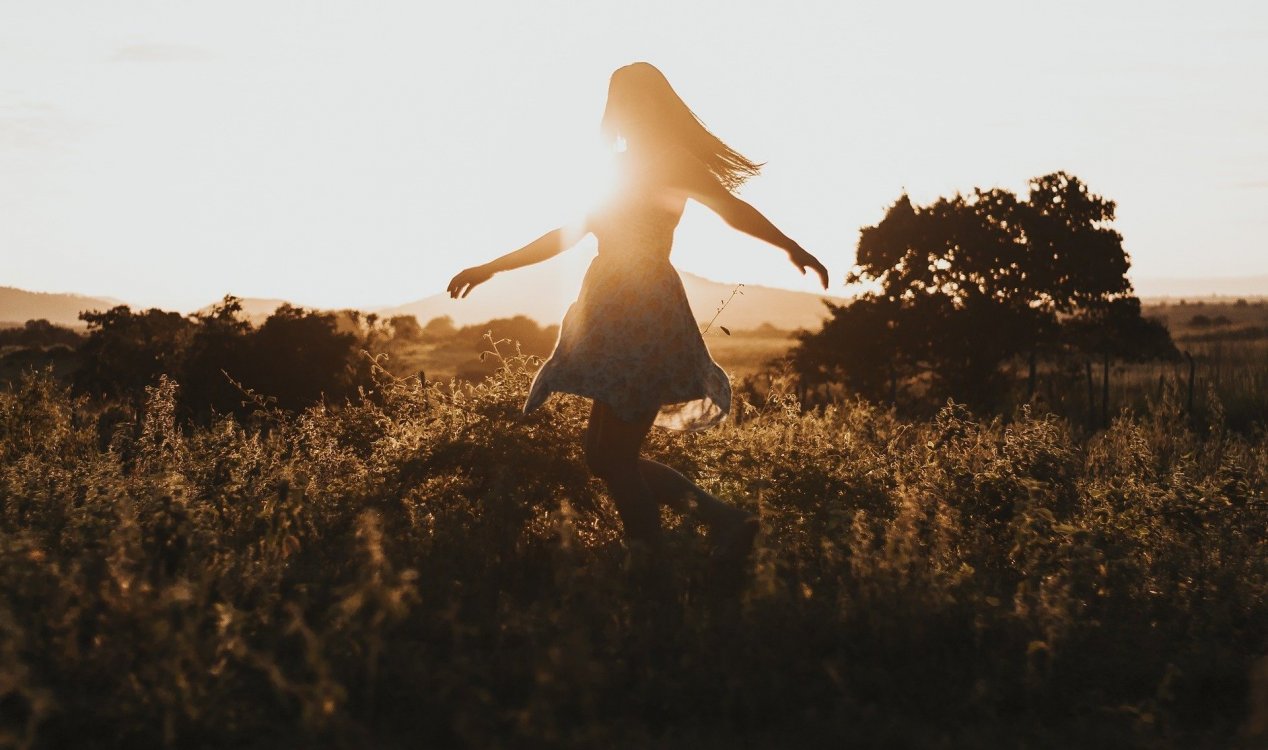 Just how much free will do we actually have ? Image Credit: Pixabay / JacksonDavid
The debate over whether or not we really have freedom to make our own choices has been raging for millennia.
Are we free or are our actions determined by the laws of physics? And how much free will do we actually want? These questions have troubled philosophers for millennia - and there are still no perfect answers.

But it turns out that a character from a children's TV series can provide a clue. Thomas the Tank Engine, despite being a locomotive, behaves like a human. He makes decisions and choices. And he is morally responsible: when he does something wrong, he gets punished.

But look deeper and things become complicated. He is an engine. His movements are determined by the shape of the tracks, the workings of his engine and the employees of the railway. So is his free will just an illusion?

Laws of physics explain how a past event results in a future one. For example, if I put a kettle on the hob, the laws of thermodynamics determine that it will boil at a nearby point in the future. If I don't interfere with the kettle or the hob, there is only one outcome possible: the water will start boiling.

This also applies to us: our bodies are physical objects made of atoms and molecules governed by laws of physics. But every decision and action we take can ultimately be traced back to some initial conditions at the beginning of the universe.

We might feel like we have free will, but that is just an illusion. And the same is the case for Thomas: it might seem to him like he is free, but his actions are decided by the layout of the tracks and the timetable of the railway. What he does is not open to alternatives. He is, after all, a steam engine governed by the laws of thermodynamics.

But if Thomas' actions are not open to alternatives, why is he told off when he gets things wrong? If he were no more than a machine, would it make much sense to think he is morally responsible? After all, it would be odd to say that my kettle deserves praise for boiling the water, if it really could not have done otherwise.

The US philosopher Harry Frankfurt has developed an ingenious thought experiment to show that the future does not have to be open to alternatives for us to be morally responsible. Imagine two agents, let's call them Killer and Controller. Controller has electrodes connected to the brain of Killer. If Killer doesn't do as Controller wants, he switches on the electrodes - forcing Killer to obey. Now, Controller really wants someone, let's call them Victim, to die. So he thinks of directing Killer to kill Victim. But it turns out that Killer actually wants Victim to die as well, so she kills Victim without Controller needing to intervene at all. The electrodes remain switched off.

What's the moral of the story? Although Killer's actions were not open to alternatives (if she decided not to kill, Controller would have forced her to do so anyway), she is still responsible and punished as a murderer.

It looks like Thomas is in the same situation: when he does things within the rules of the railway, he is left to do them of his own volition. When he does not, someone intervenes: the driver, the conductor or the ominous Fat Controller. But he is still reprimanded when things go wrong. The fact that his actions are not open to alternatives does not change anything about that.

How much free will is desirable?

So how about a universe where Thomas' future is not determined? Would he be free there?

Although we are uncomfortable about the fact that our actions might be determined, the alternative isn't much better. A universe where the future is completely undetermined, where it is too open to alternatives, is just too chaotic. I need to know that when I put the kettle on the hob, it will boil. A universe where the water spontaneously turns into frozen orange juice isn't one where most of us would want to live.

And the same is true of Thomas. If Thomas was allowed to leave the tracks, fly off into the air, or if his steam engine did not follow the laws of thermodynamics, his universe would not function.

His character captures our intuitions about free will. We need choice and moral responsibility, but we do not want our actions to be completely undetermined. We want our free will to be somewhere between full determinism and complete randomness.

Sure, we're both familiar with the theological model of God and the omnis.  As to god being outside of time, yes, it is one possible answer to how God can allegedly predict the future...(But then how come He didn't foresee the fact that the snake would talk Eve into eating the forbidden fruit when He was away?  What a plot hole!  This constitutes some seriously poor writing imo) I didn't superimpose any model on how God does his predicting.  The assumption is merely that He knows everything that will happen well in advance of its occurrence, and can allegedly prove it by giving people glimpses... [More]

I think this shows how difficult it is to talk about a being potentially outside of time and what that means, I made the same mistake when I said 'once'.  As I argued, any statement that connects God and time-words like 'in advance' is an unknown statement, it implies that time is superordinate to God instead of subordinate.  If you disagree with that then I'm open to how we know what our time is really like to something that created it. Maybe the key point is to think about what you said above, 'from the perspective of the participants'.  We don't know if our perspective of time aligns or app... [More]

See...I knew you were going to say that!

On the contrary, indeterminacy is purely a result of human ignorance.  Chaos theory categorically shows us that when we understand a complex system to enough decimal places it becomes entirely predictable.

This is a well written summation of the problem LG.  I actually like the model of a deity as an entity that inhabits a series of dimensions where our linear sense of time renders us very predictable too, and I'm quite happy to discuss the ramifications such ideas suggest.  The reason I like the idea is because it is a plausible model for how a genuine deity might be able to operate in the fashion the Bible describes, at least in part.  Of course it is not the same as proof of such a deity's existence, but for purposes of our discussion, it is a good fit I think.  Given the model of an extra-di... [More]

See how hard it is to think and use language without time?  I struggle with it for sure.  We don't know the above because using 'before' conflicts with what I agree with that you said earlier, "our human experience of time would in no way align with God's".  If you base an argument concerning God on 'before' then you are making assumptions that there's some sort of alignment with God's time and ours. Right, agreed, but a different question from free will I think. Actually I think the opposite, I think the only hope for free will is divinity, magic or the supernatural to be involved.  I don't s... [More]

That does not apply to QM as I already proved. https://en.wikipedia.org/wiki/Chaos_theory Chaos theory applies to macroscopic systems that have deterministic laws. The problem is that it may never be possible to know the system with sufficient accuracy to make it predictable.

I see your point, but I am imagining the "collision" of one's parents that resulted in conception in the stream of human time spaghetti as the end of what I am calling "before".  2 strings then become 3 after 9 months, with the rest of humanity's strings and their collisions spread out fore and aft in 6 spatial dimensions.  We would see the strings as people, so "before" is basically back spatially along the string. Hmm... No.  You see Free Will is really humanity's "Right to Sin" within Christian Theology.  Think about it.  Why give humanity this so-called gift of Free Will if all it does is ... [More]

Indeed, a central aspect of my own research

Click here to view all 284 comments on this story

4 in 10 people worldwide believe in witc...
Other World News