'Conan the Bacterium' could survive on Mars for 280 million years 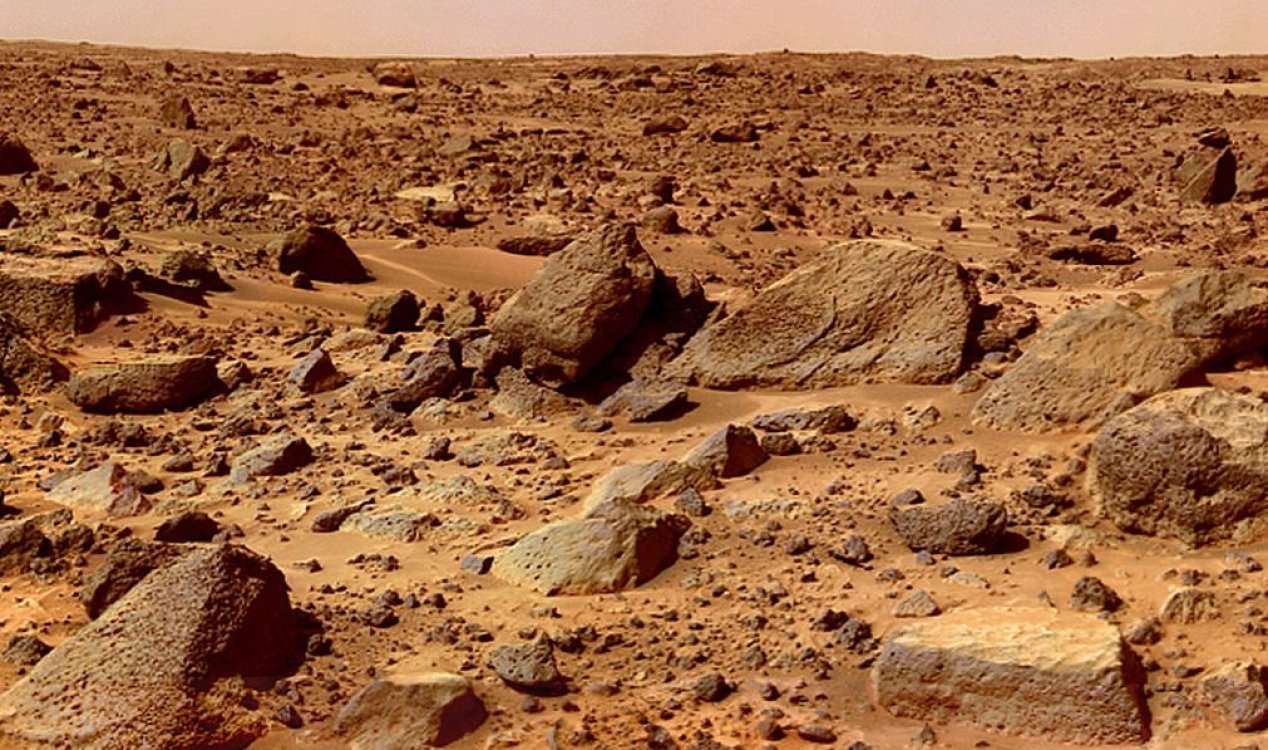 Is there life beneath the surface of Mars ? Image Credit: NASA / JPL
An Earth-based extremophile has shown that it is possible for life to survive on Mars for very long periods of time.
The Red Planet remains one of the most tantalizing places in the known universe to look for evidence of primitive extraterrestrial life, not least owing to the fact that Mars was once a much warmer, wetter place than it is today and could have conceivably hosted life in its distant past.

There is an increasing body of evidence, however, to suggest that there could even be organisms alive on Mars today - and scientists are only now beginning to understand where to find them.

One recent study focused on a type of Earth-based extremophile known as Deinococcus radiodurans (nicknamed 'Conan the Bacterium' due to its innate hardiness.)

The research, which was headed up by Prof Michael Daly at the Uniformed Services University of the Health Sciences in Maryland, found that this particular organism was capable of surviving a hellish onslaught of dangerous conditions ranging from lethal radiation exposure to extreme temperatures.The findings suggested that if this particular bacterium (or something equivalent to it) was present on Mars, it would be capable of surviving for 280 million years at a depth of 33ft beneath the surface.

It is worth noting, however, that it has been several billion years since Mars was potentially habitable.

"Although Deinococcus radiodurans buried in the Martian subsurface could not survive dormant for the estimated 2 to 2.5 billion years since flowing water disappeared on Mars, such Martian environments are regularly altered and melted by meteorite impacts," said Prof Daly.

"We suggest that periodic melting could allow intermittent repopulation and dispersal."

So while the research doesn't prove that there is life on Mars, it does at least suggest that the survival of such organisms on the Red Planet is plausible.

#13 Posted by Abramelin 3 months ago

As far as I think I understood it, the article suggest that lifeforms like that bacterium, "Conan", is able to survive in conditions in Martian history. Also that we should take great care not to contaminate Martian soil with our space probes and toys.

#14 Posted by jethrofloyd 3 months ago

As we did with tardigrades on the Moon.   Tardigrades: 'Water bears' stuck on the moon after crash'' The moon might now be home to thousands of planet Earth's most indestructible animals. Tardigrades - often called water bears - are creatures under a millimetre long that can survive being heated to 150C and frozen to almost absolute zero. They were travelling on an Israeli spacecraft that crash-landed on the moon in April. https://www.bbc.com/news/newsbeat-49265125

What is so bad about Tardigrades being on the Moon?

#16 Posted by jethrofloyd 3 months ago

Maybe nothing. It's just that WE ARE NOT MORE ALONE IN THE UNIVERSE!

Captain's Log Stardate 3732.6 It appears that the Tardigrade Wars have begun and extend to every sector of the Quadrant.  We have set course for the Orion Constellation to intercept Extremoborgs headed to Earth.  It seems the old saying what comes around goes around is true in this instance.

#18 Posted by Abramelin 3 months ago

And when they go search for lifeforms on Mars, they'll probably have to drill, and drill deep:   Miles below ground, live the creatures of the Deep (...) We can only speculate about what they live from, » says Antje Boetius. Mineral gas is being considered.The craziest part is the incredible age of the cells, » she marvels. These cells accumulate the necessary carbon so slowly into their organisms that they might be dividing only every 100 to 500 years.  (...) A hot thesis discussed by the scientists at the AGU meeting: life might not have originated, as hitherto generally accepted, in pools o... [More]

#19 Posted by Abramelin 3 months ago

I forgot to post the most important quote from that site: Genetic analysis reveals that the critters are all the same, the world over. Might they have been at the origin of life itself?

#20 Posted by Abramelin 3 months ago

@astrobeing You have any opinion about this or my former post?

#21 Posted by Abramelin 3 months ago

#22 Posted by Alchopwn 2 months ago

Yes Conan O'Brien sure is a survivor!

Why More Physicists Are Starting to Thin...