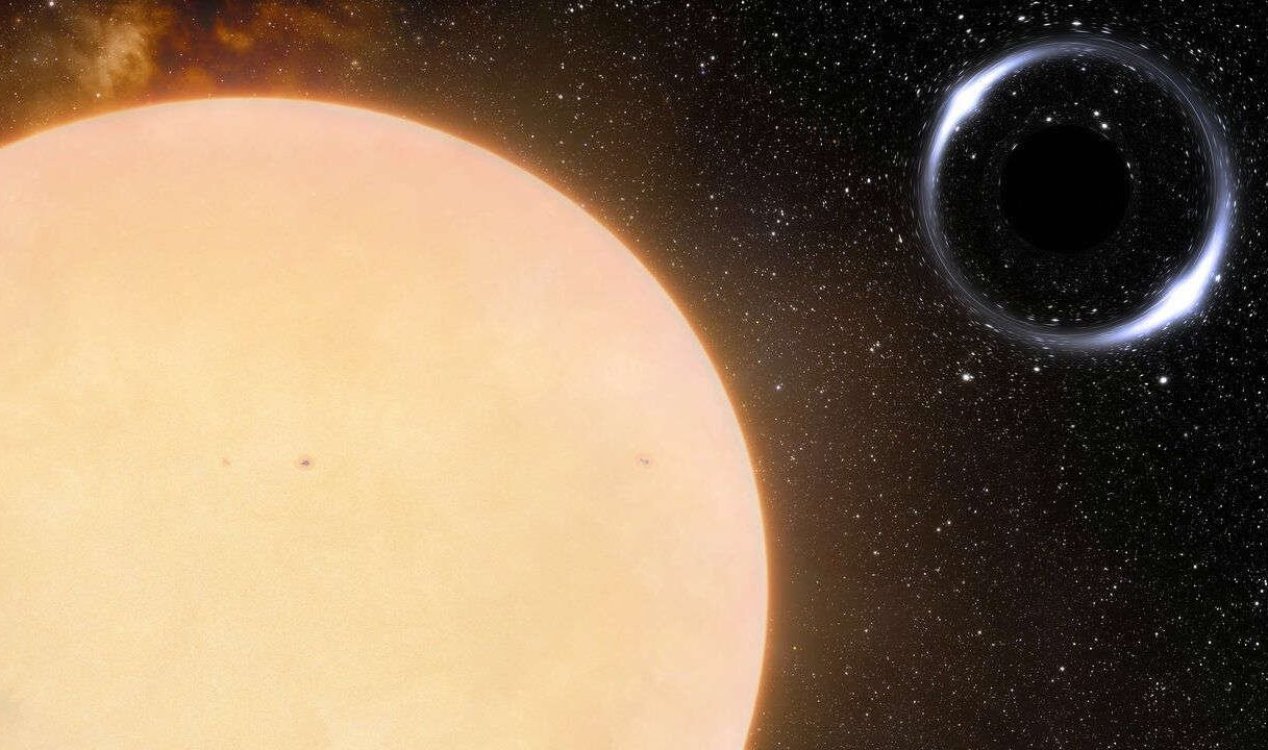 Image Credit: International Gemini Observatory/NOIRLab/NSF/AURA et el.
Situated in our 'cosmic backyard', this newly discovered behemoth is ten times more massive than the Sun.
Black holes, which form when a giant star collapses in on itself at the end of its life cycle, possess a gravitational pull so great than nothing - not even light itself - can escape from it.

Fortunately, there are no black holes in our own solar system or anywhere near it, but as time goes on scientists have been discovering them at shorter and shorter distances away from us, indicating that we might not be quite as far away from our nearest neighbor as we had perhaps hoped.

Most recently, astronomers have identified a black hole - named Gaia BH1 - around 1,566 light-years away in a binary star system in the constellation Ophiuchus.

This might sound like a long way away (and it is), but it also happens to be half the distance of the former nearest known black hole and there are likely to be others much closer than this.The discovery is also significant because the star system itself is particularly unusual.

"While there have been many claimed detections of systems like this, almost all these discoveries have subsequently been refuted," said astrophysicist and study lead author Kareem El-Badry.

"This is the first unambiguous detection of a sunlike star in a wide orbit around a stellar-mass black hole in our galaxy."

What's interesting here is that this black hole would have started out as a star 20 times more massive than our Sun and would have ballooned out at the end of its life, consuming everything in its path.

How its companion star is still present, therefore, remains a mystery.

I hope, in the future it doesn't get close enough to swallow the Earth.

#2 Posted by Jon the frog 3 months ago

Earth will be long gone, swallowed by our own dying star, the sun...

#3 Posted by Poncho_Peanatus 3 months ago

Well, we can always send Bruce Willis to blow up the bloody thing.

What Type of Atheist are You?
Cryptozoology, Myths and Legends

Loch Ness Monster is not a giant eel, ma...
Extraterrestrial Life and The UFO Phenomenon