US warship invaded by deadly spiders

Image Credit: Daniel Schwen
The USS Michael Murphy got more than it bargained for in a crate of missile launcher components.
Over 40 black widow spiders were found inside the box, one of the world's deadliest arachnids. Workers who came across the infestation acted quickly by sealing the crate back up and called in an exterminator, luckily nobody was bitten. "I have been here 30 years and this is a first," said a spokesman. "We don’t see spiders like that in cold climates like Maine." This isn't an isolated case either, in countries all over the world spiders and other critters have been found in everything from shipping crates to bags of salad.
Up to 40 spiders were nestled inside the box, which had been sent to the USS Michael Murphy in Maine from California, said Jim DeMartini, a spokesman for Bath Iron Works, the shipping company building the vessel.

#8 Posted by terrible 11 years ago

Very few if any die from black widows now. Unless they pose a danger to my grandchildren, I leave them. I am not sure if they are still valued for their silk and venom. At the very least they are more use than Alabama state or federal politicans are.

#9 Posted by ColoradoParanormal 11 years ago

Problem solved. _______________ We just bought an antique lowboy for our dining room. My daughter saw a HUGE black widow climbing out of the bottom of it. She yelled at my son to come kill the spider. He walked over to see it and saw how big it was and told my daughter "Oh, hell no..." He walked off and came back with a can of furniture polish and a lighter, smiled at her and said "This calls for Napalm." They aren't sure if the spider is dead. Dorks. Nibs HAHAHAHA!!! That is freakin' awesome! Kid after my own heart! lol

If I was on their, I'd throw myself overboard.

Actually they're not found only in California, to my certain knowledge they're common in Florida, Another venomous spider in Florida is the brown recluse - a bite of which I've received twice - not recommended!

I have had it with these muttafraking spiders on this muttafrakin ship!

Black widows are shy and reclusive creatures that mostly hide during the day and can be seen openly in their silk at night. Death by black widow bites are extremely extremely rare but if bitten you should seek medical attention immediately (with dead spider in tow if possible). I fathom most bites occur when we intrude into their dark, dusky world with a poorly adviced intrusive hand grasping blindly for objects or clearing out long neglected spaces. Or even more extremely rare perhaps a lone wandering black widow finds itself inside a residence and unintentionally decides to share our most in... [More]

#14 Posted by MrJoesmokey 11 years ago

haha, 1 of the deadliest spiders in the world?! No, I dont think so. Adults at most might need skin grafts after the bite but it rarely kills. Black widows are not even aggressive. It doesn't even come close to matching how dangerous some other spiders are, such as the brown recluse. 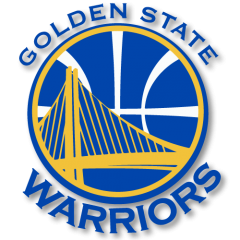 I had one horror film in my life... It can be so dangerous i know because i suffered black widow bite on my vocation.. i was in texas at my uncles home and spider bites me. In first time i didn't know that was spider bite. After few hours pain was horrible and i decided to go to explore on internet some about spider bites. Informations and pictures was telling to me that was really spider bite. I called 911 and went to hospital a my vocation, can you imagine??!. Doktor sad to me that black widow is so dangerous spider that can produce anputation, i was shocked! That's my story people. I'm hopi... [More]

Thai temple left without any monks after...
Ghosts, Hauntings and The Paranormal