Image Credit: Youtube
A man in Japan has built a partner using virtual reality goggles and motion-tracking hardware.
By wearing the goggles it is possible to see his significant other, a Japanese anime character called Hatsune Miku, walking through the real world as well as casting a shadow and interacting with real-world objects. Miku will respond to basic commands such as coming when beckoned or to being patted on the head.

The technology behind it all is undoubtedly impressive however it seems unlikely that the widespread adoption of a 'virtual girlfriend' is likely to happen any time soon.
A video on YouTube, originally posted at Hack a Day, shows the view through a pair of video goggles that have been augmented with an Asus Xtion motion-tracking tool, essentially an off-brand Microsoft Kinect.

<< Previous story
Al Capone's car goes on sale
Next story >>
Is evidence of Mars life below the surface ?
Recent comments on this story

Anybody else think its funny that she has a potential volume setting?

Anybody else think its funny that she has a potential volume setting? Funny? I think its a necessity.

A man in Japan has built a partner using virtual reality goggles and motion-tracking hardware. It's Mr. Desperado, so desperate he'd do anything. Feel sorry for the guy. But what can we say, Japan provides him with all the new technology he needs to make things possible for him, lol. 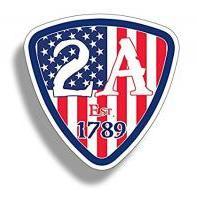 You know this will eventually lead to realistic robot partners and everybody will get screwed one way or the other. And I don't know if that will be a good thing or a naughty bad thing. I can't make heads or tails of it.

You know this will eventually lead to realistic robot partners and everybody will get screwed one way or the other. And I don't know if that will be a good thing or a naughty bad thing. I can't make heads or tails of it. There are no robots in this thread mister

#83 Posted by NoiseBleed 10 years ago

wow this guy sucks so bad in life that he has scared all real girls away, and is so lonely he has made a woman to walk around with him. pathetic. although it is to bad he hasnt shown us the sex funtions he has more than obviously programmed into her, i would like to see that ( i know im horrible) that is if this is even true and not just some 3d animation

#84 Posted by Knight Of Shadows 10 years ago

the good thing about them is the off botton like some one said that cannot be found in real women ! with an off botton to women .. imagin the endless possibilities but seriously this technology could be used for amusement big time .. beside virutal gf wow .. horror games scarier than ever

This thread is separates the mice from the men (or the mousette's from the women ). It is not about a sad man that has had to create his own virtual girlfriend, its about a clever man who has created something exciting (albeit from other peoples software and hardware). Do some people really think he created this just to make his 'self pleasuring' sessions more realistic and because he is lonely? Think of the possibilities this opens up, in fact you don't even have to think of the possibilities they are written for you in the article and in this thread...

#86 Posted by notoverrated 10 years ago

I guess this way you don't have to worry about birth control or STD's but it's still creepy on a lot of levels.

Click here to view all 87 comments on this story

Britain's first asylum camp to get own G...