Why was Rudolph the reindeer's nose red ?

Image Credit: CC 2.0 Alan Heardman
Rudolph's red nose is a popular topic for songs at Christmas time, but what's the real story behind it ?
According to the song, Rudolph's red nose was so red and shiny that it was able to help guide Santa through the blizzards. While the noses of real reindeer aren't quite that luminous, it turns out that the concept isn't quite as far-fetched as it seems. Researchers in the Netherlands have discovered that in cold weather, the nasal mucosa of reindeer draw in blood to help keep the nose warm.

"In colder climates and also when they are higher up in the atmosphere pulling Santa's sleigh, the increase in blood flow in the nose will help keep the [nose's] surface warm," said John Cullen of the University of Rochester.
The study looked at the deer's nasal circulation and found similarities to the microvasculature in the region with that of humans.

#17 Posted by Doctor manhattan 9 years ago

"These results highlight the intrinsic physiological properties of Rudolph's legendary luminous red nose, which help to protect it from freezing during sleigh rides and to regulate the temperature of the reindeer's brain, factors essential for flying reindeer pulling Santa Claus' sleigh under extreme temperatures," study author Can Ince of Erasmus Medical Center in Rotterdam, wrote in a statement, according to ABC News. i love how they can explain scientifically how rudolfs nose glows but they just expect us believe that reindeer can fly.

#18 Posted by AquilaChrysaetos 9 years ago 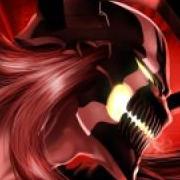 yes, you could even say it *glows*

Again a useless research if you ask me..... Like not long ago i read a research where they we're looking for the pressures produced when penguins poo.. Mabye give to money to real researches which can make a difference in life.

Again a useless research if you ask me..... Like not long ago i read a research where they we're looking for the pressures produced when penguins poo.. Mabye give to money to real researches which can make a difference in life. i suspect this is a light hearted seasonal piece, to demonstrate that Scientists don't always take everything absolutely seriously.

Rudolph is a drinker thats why his nose is red lol

#25 Posted by TheLastLazyGun 9 years ago

Rudolph the Red-Nosed Reindeer was created by a Jewish American author in 1939. The famous song about him was written in 1949 and it was released on 7th January 1950, making it the first No1 hit of the 1950s.

#26 Posted by BiffSplitkins 9 years ago

It all dates back to a winter's day long ago in Russia when the wife of a farmer named Rudolf looked out of the kitchen window and said "I zink it iz snowing, Rudolf." Rudolf looked up from his bowl of borsch and replied, "Nyet Olga, zat is rain zat you see." Olga looked again and had to agree with her husband, it was raining. "You are a very clever man, Rudolf." she said. Rudolf slurped another spoonful and nodded, "Rudolf ze Red knows rain dear." Sorry about that! I seriously laughed pretty hard at that. I can't believe I've never heard that one before.

Was the tiny Looe Island off the English...

Why are US Catholic Bishops waging a Hol...
United States and the Americas

US to restart 'Remain in Mexico' program...

Khasekhemwy- Bridge to the Pyramid Age

The West’s Fear That Dare Not Speak Its ...

The word wokeÂ’ has been weaponised

Could Tanzania footprints really be those of a new species of human ?