The jellyfish has an unearthly appearance. Image Credit: NOAA / Okeanos Explorer / YouTube
Marine biologists have recorded footage of a remarkable jellyfish in the depths of the South Pacific.
The specimen was found by a team aboard the NOAA's Okeanos Explorer vessel during an expedition to document wildlife in the National Marine Sanctuary of American Samoa.

This protected region of the Pacific is well known for its extensive biological diversity and covers more than 35,000 square km of nearshore coral reef and open ocean.

According to researchers, this particular jellyfish species, rhopalonematid trachymedusa, is well known for its distinctive umbrella-like shape and translucent internal organs.

The reason it has two sets of tentacles pointing in opposite directions however remains unclear.

Next story >>
Should we really bring back extinct species ?
Recent comments on this story

#1 Posted by Daughter of the Nine Moons 5 years ago

From the Gizmodo article.

#2 Posted by DebDandelion 5 years ago 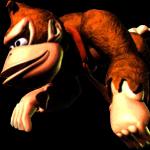 #5 Posted by LabotomusRex 5 years ago

That's really neat considering that there is a correlation between UFO`s and the ocean.

#6 Posted by Silent Trinity 5 years ago

Great imagery, but I believe that this perhaps falls under the category of Pareidolia? If that term is applicable here. Amazing find though from the mysterious and largely unexplored deepest depths of our oceans!

#7 Posted by third_eye 5 years ago

#8 Posted by DebDandelion 5 years ago

Ironically,  we assume that is what a flying saucer looks like....thank u...u made me think (again)

#9 Posted by third_eye 5 years ago

Most welcomes ... though I don't think credit is due to me ... perhaps the wizards of CGI at Hollywood and the likes will provide us with some food for thought in the very near future ~

Biden Shut's Down Keystone Pipeline in J...
Earth, Disasters and the Environment

Was the tiny Looe Island off the English...
Science and Technology