Could a human actually outrun a T. rex ?

You still wouldn't want to get too close. Image Credit: CC BY-SA 4.0 Marcel Kunkel
Contrary to the plot of Jurassic Park, a rampaging Tyrannosaurus rex wouldn't actually move very fast.
With previous estimates clocking the run speed of a T. rex at 45mph, you'd be forgiven for thinking that you wouldn't stand much of a chance if one of them started bolting towards you.

Now according to scientists in Germany however, these carnivorous behemoths were actually much slower on their feet than previously believed and were only capable of running at 16.5mph.

This is only slightly faster than the average human running speed and 11mph slower than legendary Olympic athlete Usain Bolt - officially the fastest human on Earth.A velociraptor, on the other hand, would easily be able to catch you with a run speed of 34mph.

The research was based on an analysis of more than 500 modern species to determine the relationship between the size of an animal and the speed at which it can move.

"This is consistent with theories claiming Tyrannosaurus was very likely to have been a slow runner."

<< Previous story
Traces of blood found on the Shroud of Turin

#7 Posted by poohbear 5 years ago

I've known this for years...in every movie ever made about dinosaurs the hero always makes it to the nearest cave with TR snapping at his heels. I've always wondered how this creature ever survived if it couldn't catch a mere human for its midday snack.

#8 Posted by AustinHinton 5 years ago

Because Tyrannosaurus didn't feed on "mere humans", it fed on large slow-moving prey like ceratopsians and ankylosaurs. And considering it survived for at least 2 million years I think the species was quite good at what it did.

#9 Posted by oldrover 5 years ago

I had the opportunity to say this in real life two weeks ago. OK, it was a mad cow chasing us not a tyrannosaur but you get the picture. 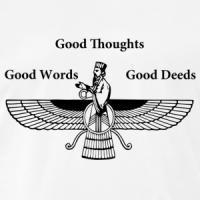 better stay clear from those pesky Velociraptors then, just in case they wanna revive'em in the future! ;)

At 16.5 mph it could easily catch most of the people I've seen hanging around the local all you can eat Buffet.

I think anyone that has been in high school track would not scoff at 16.5 mph. Many non athletic people might reach 12 mph but not many would sustain that for more than a few seconds. The preceding has been a reference to my personal (PATHETIC) track experience.

It seems his feet are bigger than his fleet.

#15 Posted by poohbear 5 years ago

A very vicious bad tempered carnivore with all those teeth...but let's face it you'd be bad tempered too if your arms were too short to scratch your bum.

#16 Posted by DebDandelion 5 years ago

Ghost DNA from hybrid coyotes could save...

Man jailed in UK for having his dogs' ea...