Coconut crabs can grow to enormous sizes. Image Credit: CC BY 2.0 fearlessRich
If the famed aviator really had crash-landed on the atoll of Nikumaroro, what happened to her remains ?
When Amelia Earhart disappeared over the Pacific Ocean during an attempt to circumnavigate the globe in her Lockheed Model 10 Electra in 1937, the question of what happened to her would go on to become one of the most enduring mysteries of the modern age.

More recently however, there has been a growing body of evidence to suggest that Earhart, along with her navigator Fred Noonan, may have actually survived for several days on a remote Pacific island.While no sign of their remains has been found so far, some researchers have suggested that, having succumbed to hunger and thirst, Earhart and Noonan may have become victims to something even more unexpected - the coconut crab - a giant land-dwelling arthropod that can grow up to 3ft across.

Notorious for grabbing and carrying away any potential source of food left on the ground, these huge crustaceans could have easily viewed Earhart's remains as an easy meal.

If true, this would make the chances of finding her bones on Nikumaroro very slim indeed.

#6 Posted by The Narcisse 5 years ago

No it was supposed to be her whole body I think....

#7 Posted by pallidin 5 years ago

Just the thought of this makes me, uh, crabby.

#8 Posted by The Silver Thong 5 years ago

Hope she was dead when they ate her.

#9 Posted by stereologist 5 years ago

I'm smelling an excuse here. The group looking at an island suggests they lived for several days. They suggest there is evidence. They can't show anything so they explain why there is no evidence. Typical bizarre baloney.

#10 Posted by Bunzilla 5 years ago

It's not as unlikely as some of you seem to think. The rather important fact that the article fails to mention, is that the island of Nikumaroro has a large population of coconut crabs. These monsters are scavengers, but just a few days ago there was a video of them hunting a bird and tearing it apart... So I also really hope that they were dead before these things potentially ate them!

I used to live on the island of Saipan and had some buddies that were part of a Carolinian tribe that lived part time on Pagan in the Northern Islands of the chain. Wild out there, lots of feral animals (cows, pigs and goats mostly). Also still plenty of coconut crabs.  Voracious things, and immensely strong... if one grabs you, the only way to get it to release is to tickle their belly... and once they have a hold of you, giving them a tickle is the last thing on your mind. You can pull the claw out of it’s socket and it will remain in the clenched position... and good luck trying to force it... [More]

#12 Posted by NightScreams 5 years ago

It's actually an old theory, not sure why it's suddenly became so pronounced again in the media because AFIK, no physical evidence. I look at these key words in the story and pretty much ignore everything else because this sentence is the relevance: So I read that as some guy is suggesting something to me....yeah I don't play that nonsense.

#13 Posted by simplybill 5 years ago

That’s why I always carry coconuts while walking in crab country.

Well they fell short of expectation because no news of that after they said they have found it....

#15 Posted by ARealGhost 5 years ago 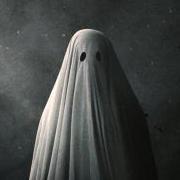 This gave me a good chuckle.