Viking berserkers were a wild bunch. Image Credit: CC BY-SA 4.0 Wolfmann
Scientists have determined what it was that made the fiercest Viking warriors so fearless and ferocious.
Famed for their advanced seafaring skills as well as their penchant for carrying out brutal raids on coastal settlements across Northern Europe, the Vikings were a force to be reckoned with.

Perhaps the most feared among them were the berserkers - warriors who employed an unparalleled level of brutality and a frenetic fighting style that made them unrivaled on the battlefield.

Now in a new study, scientists have shed new light on what was behind the berserkers' fearlessness - a potent herbal tea made from henbane which is a plant containing two types of hallucinogen.

Under the influence of this hellish brew, the berserker warriors would have experienced a reduced sensation of pain, a major increase in aggressiveness and a reduction in ethical constraints."It would have reduced their sensation of pain and made them wild, unpredictable and highly aggressive," said ethnobotanist Karsten Fatur from the University of Ljubljana.

"There may also have been dissociative effects, such as losing touch with reality. This might have allowed them to kill indiscriminately without moral qualms."

The use of this drug may also explain why these warriors became extremely tired and needed a large amount of recovery time after combat.

"This plant has been used as an intoxicant in many European cultures, so it isn't unreasonable to assume that the Vikings also knew of what it could do and found ways to employ it," said Fatur.

#2 Posted by XenoFish 3 years ago

Red Bull and LSD, not even once.

#3 Posted by Nnicolette 3 years ago

Ive heard that they would eat psilocybin mushrooms an run into battle naked that would be scary being attacked by naked ravenous vikings.

#4 Posted by AstralHorus 3 years ago

General butt naked, a warlord out of Africa. would go into battle butt naked except for his boots and machine guns, with his child soldier army... but hes a Christian now so its ok

I doubt it was shrooms. As someone who's taken them several times, extra aggression/rage, losing one's moral center, etc. wouldn't happen. Now, there are plenty of hallucinogens that could cause one to go violent, but not shrooms, IMO. They're quite mellow. At least in typical trip-out doses. I've never taken handfuls of them at once, so...I dunno.

#6 Posted by AstralHorus 3 years ago

Everyone’s different, especially while being in a different society. I have seen people get quite violent and agitated while on shrooms.

Them scientists must have overdozed on henbane themselves, considering their absurd notion.

True, and I could see how if someone was already primed to rage out, tripping could intensify it. I've never taken a psychedelic substance (or any drug, including alcohol) with the intent to rage, though. I go into such things with the intent to relax, enjoy myself, be calm/cool, etc.

#9 Posted by Aardvark-DK 3 years ago

Ahhh that explains my behavior...it's my ancestery...

#10 Posted by AstralHorus 3 years ago

Dont believe its anyone intentions unless theyre psychotic. Psychedelics love to tap into and magnify those darker aspects of ourselves we like to deny and hide. Ive had people I knew attack random bystanders and police, or attempt to harm them selves by throwing themselves down stairs due to unseen reptilians. People who where all “psychologically normal” prior to ingesting

#11 Posted by DodgyDaoist 3 years ago 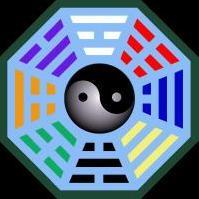 As individuals , maybe not, as a mob, a different thing. All you need is 1 or 2 to psych up the group.

Best Buy customer walks out with $3200 i...
Science and Technology

FDA, HHS Sued by Doctors Over Controvers...
Other World News

Afghans flogged in football stadium for ...