Human civilization has taken over the Earth in more ways than one. Image Credit: CC BY-SA 2.0 BriYYZ
According to new research, man-made materials now weigh more than the entirety of our planet's biomass.
Over the last few centuries our species has produced so much plastic, concrete, asphalt and other artificial materials that, when combined together, they exceed the total weight of all life on Earth.

Even the plastic alone weighs more than all the animals on land and sea combined.

These were the startling findings of a recent study by Ron Milo of the Weizmann Institute of Science in Rehovot, Israel, and colleagues, who examined changes in both biomass and human-made mass over the last 120 years to examine the reality of the balance between man and nature.

The crossover point at which man-made materials have overtaken the planet's combined biomass, they argue, has been driven by a combination of enhanced consumption and urban development.

"Since the first agricultural revolution, humanity has roughly halved the mass of plants," the study authors wrote. "While modern agriculture utilizes an increasing land area for growing crops, the total mass of domesticated crops is vastly outweighed by the loss of plant mass resulting from deforestation, forest management and other land-use changes.""These trends in global biomass have affected the carbon cycle and human health."

What this ultimately means for the future remains uncertain, however it is clear that we should be taking steps to re-shift the balance away from a world dominated by man-made materials.

"This study joins recent efforts to quantify and evaluate the scale and impact of human activities on our planet," the study authors wrote.

"The impacts of these activities have been so abrupt and considerable that it has been proposed that the current geological epoch be renamed the Anthropocene."

"Our study rigorously and quantitatively substantiates this proposal."

#1 Posted by Abramelin 1 year ago

Have they ever checked animal-made materials? Like termite- and ant-mounds? And what about worms? They consume leafs, and their poop becomes soil. How about the products of bacteria? And so on.

Not much can make me nauseous... But this has.

#3 Posted by Laserburn 1 year ago

This is a ridiculous assertion.  We don't even know all the life forms that exist on earth let alone how many of what live at the bottom of oceans or deep underground. Absurd political claim.

#4 Posted by pbarosso 1 year ago

poop is man made too.

#5 Posted by pbarosso 1 year ago

but hey lets overreact and jump to the conclusion that man is  EVIL........this way we can tax people, create fake bureaucracies to manage the stolen taxes, and enrich a bunch of people who dont care either way.   sounds legit, it has already infected the thinking of one person above^^

#6 Posted by jethrofloyd 1 year ago

We have not added one ounce to the weight of the earth.  The man made materials do not weigh more than the raw materials they were made from.

#8 Posted by raspberryjammerman 1 year ago 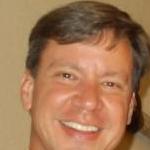 Crocodiles prefer aquatic meals after to...

We need a greener way to die

Scientists reconstruct the face of a female mummy

Mysterious pulsing object could be new class of star