Yep, it's a mango... Image Credit: Instagram / @kingtundeednut
A peculiar spectacle in the form of an oddly-shaped mango has recently been generating interest in Kenya.
The phenomenon, which became big news among the residents of the small village of Kitui, started when someone noticed that a mango on a nearby tree happened to have a human-like face.

Before long, word had got around, resulting in hundreds of people turning out to see it.Footage that was later posted online showed the level of interest the unusual fruit had managed to elicit, with crowds of people queuing up in an attempt to get close enough to take photographs.

The mango itself doesn't seem particular remarkable, although it does at least have a 'face' of sorts.

Some social media users expressed puzzlement at the spectacle, while others were quick to dismiss the entire thing as little more than a case of pareidolia.

Exactly what will be done with the mango once it is picked however remains unclear.

Thank goodness its nose is too big to be Jesus...  ~

#2 Posted by godnodog 1 year ago

well that was some of the most stupid 23 seconds of my life.

Imagine if something really exciting happened in that village if that's the kind of commotion that something so mundane causes. They'd probably do little wee's in their lower garments.

And they would start calling him "big nose" and asking if it spoke and said "blessed are the cheese makers" ?

#5 Posted by Manwon Lender 1 year ago

What a waste of 24 seconds of my life!

#6 Posted by Noawareness 1 year ago

I've never been as excited about anything that has ever happened, in my entire life, as these people are about this fruit...

#7 Posted by pallidin 1 year ago

#8 Posted by nonimportant23 1 year ago 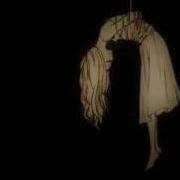 Possibly put in one of those plastics containers that goes around the fruit as it's gowning. It continue growing inside the shape of the mold inside until it gets too big. The mold was removed before any attention was given to to. From my understand this is quiet popular in Japan to fetch a premium for the fruits like this.

#9 Posted by pallidin 1 year ago

Huh. Was totally unaware of the practice...

Lord of the Rainy Sky

EU executive defends its right not to ke...