Ghost with a bowler hat said to haunt Heathrow

Who is the mysterious man in the bowler hat ? Image Credit: sxc.hu
There have been many sightings of a ghostly figure in and around Heathrow airport over the years.
One of the world's busiest airports, London's Heathrow - which originated all the way back in 1929 - now typically sees around 200,000 passengers passing through its gates on a daily basis.

Unsurprisingly, therefore, it has also become home to a few of its own ghost stories over the years.

One of these concerns the victim of a fatal plane crash that occurred one foggy night back in 1948. A Douglas D3 plane, which had been attempting to land despite the bad weather conditions, crashed and caught fire, killing 19 people.

"The plane, operated by the Sabena Company, had earlier, while flying from Brussels, warned the airport that it might have to make an emergency landing," a local paper reported at the time."Doctors, nurses, traffic girls, firetenders, and ambulances rushed to the scene with first aid and bandages, but could do little good in the raging heat."

Things took a rather peculiar turn however when a mysterious man showed up on the scene to ask if anyone had seen his briefcase. When firefighters eventually located the victims of the crash in the wreckage, they discovered that one of the deceased looked exactly like him.

Since then, that same man - who is typically seen wearing a dark suit and bowler hat - has made fleeting appearances in and around the vicinity of the airport.

On one occasion, the radar office picked up an unidentified individual on one of the runways. When officers went out to investigate, there was nobody there.

To this day, no explanation for the sightings of the mysterious man has ever been found.

#1 Posted by papageorge1 1 year ago

Sounds believable to me after a tragic accident. It sounds like at first he didn't realize he was dead and materialized. I remember a story of another crew team in a tragic plane accident that repeatedly were seen on planes after their death.

#2 Posted by jethrofloyd 1 year ago

I don't believe in ghosts, so it must be Alex with a bowler hat!

#3 Posted by scottygod 1 year ago 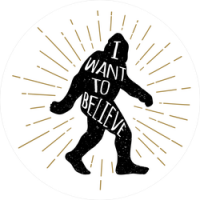 Anecdotes are a kind of evidence. The worst kind.

#4 Posted by GlitterRose 1 year ago

Somebody really should try to communicate that this is not the best place to haunt if he doesn't want irate company.

Christians a minority in England
United States and the Americas

Street harassment: Wolf whistling to be ...