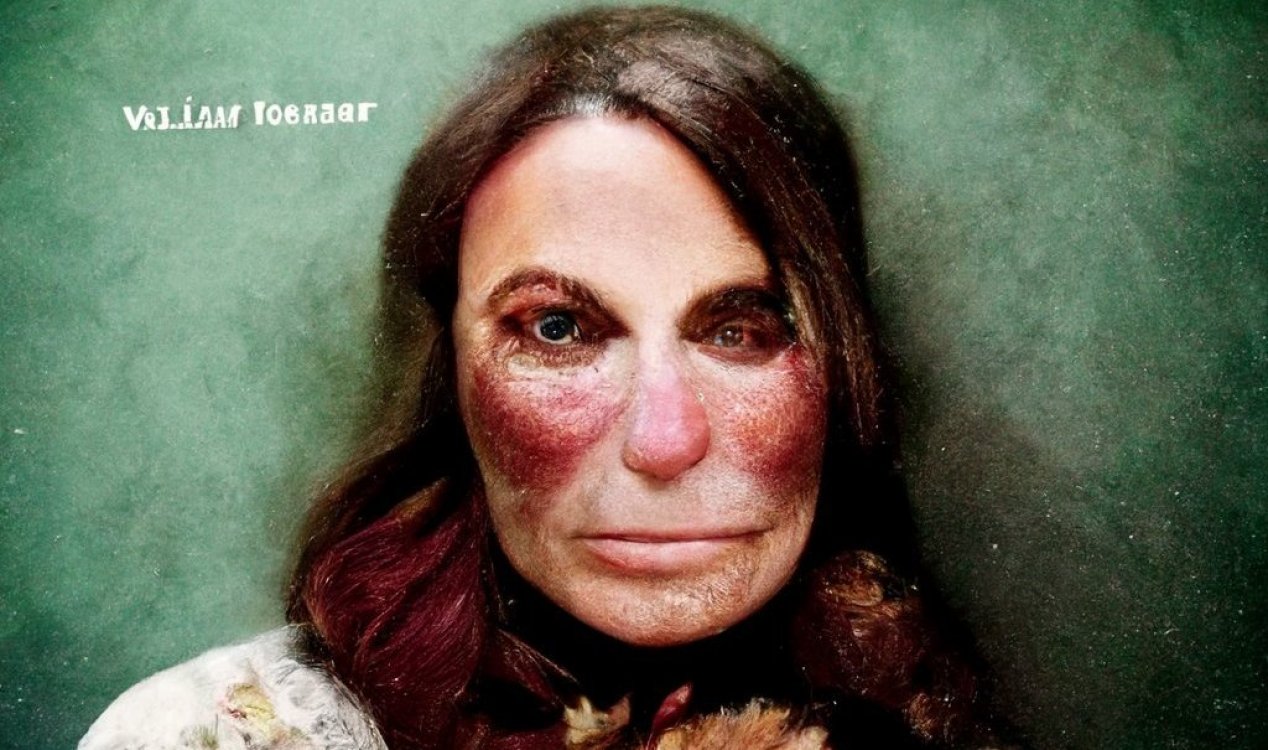 One of the many AI-generated images of 'Loab'. Image Credit: Twiiter / Supercomposite
An eerie face envisaged within the mind of an artificial intelligence seems to be the Internet's latest answer to Slender Man.
Earlier this year we covered the story of the remarkable (and disturbing) capabilities of OpenAI's DALL-E artificial intelligence which can generate images of absolutely anything at all simply by typing in a description of it in natural language and letting it interpret the request as it sees fit.

The results can be unnerving to say the least, leading to a whole new category of image - usually frighteningly distorted and creepy - of mundane things as imagined by an AI computer algorithm.

The latest product of this trend, which has become something of an urban legend on social media, is the face of a woman named 'Loab' which was created by Twitter musician 'Supercomposite' using a custom AI text-to-image model similar to (but not the same as) DALL-E.

By messing around with what are known as "negative prompts", she was able to get the AI to repeatedly produce variations of an image of a woman with distorted features and red cheeks.

What's weird is, because of the way the system generates these images, this woman's face seems to somehow exist within the 'latent space' of the AI's memory and in fact represents the 'negative' of a request to produce an image of something else - an opposite, of sorts.Exactly why the AI repeatedly produces a version of this particular face remains unclear, which makes the resulting images all the creepier - especially given that some of them are quite disturbing.

Ultimately, the phenomenon is likely to be a quirk in the software, but it is a strange one nonetheless.

Some social media users have come to regard Loab as a Slender Man type figure - a boogieman (or boogiewoman) of the Internet age; the stuff that creepypasta nightmares are made of.

Her discoverer has since come to regard her as "the first cryptid of the latent space".

A fitting title, to be sure.

Next story >>
Did Saturn kill one of its own moons? The evidence is in its rings
Recent comments on this story

#1 Posted by OverSword 10 days ago

"Loab" has a bad case of eczema.

She has been using drugs for some time.

She has two different faces. The left and right sides are not even close to the same. Look at the eyes, nose, and mouth and you will see what I mean. Even the cheeks are a little different.

#5 Posted by qxcontinuum 7 days ago

And I was hoping one day I can get an AI lover....

#6 Posted by SHaYap 7 days ago

I caught Alexa cheating on me with Siri...  ~

#7 Posted by Hammerclaw 7 days ago

Not as creepy as the one in Cixin Liu's Three Body Problem trilogy.