Did Saturn kill one of its own moons? The evidence is in its rings 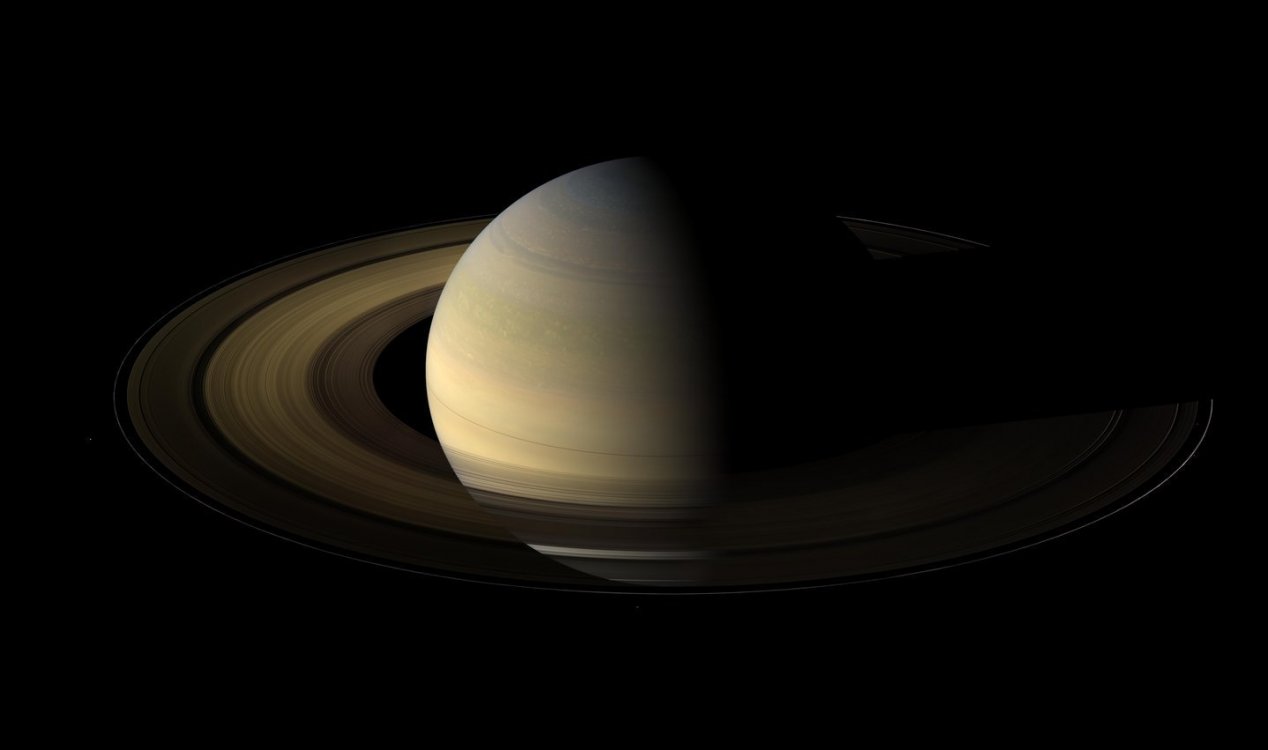 How did Saturn's rings come to form ? Image Credit: NASA /JPL / Space Science Institute
A new study has further cemented the notion that Saturn's rings are made up of what's left of one of its former moons.
The gas giant Saturn, which lies between Jupiter and Uranus, is perhaps the most spectacular of all the planets in the outer solar system owing to its distinctive and stunning rings.

This impressive feature, however, has long been shrouded in mystery - how did the rings get there and why are they so much younger than the planet Saturn itself ?

Now a new study headed up by MIT's Jack Wisdom has further cemented a theory that has been around for years - suggesting that Saturn's rings are in fact comprised of the remains of a moon that strayed too close and was broken up by the gas giant's intense gravitational field.

This idea, Wisdom argues, also explains Saturn's peculiar tilt."The tilt is too large to be a result of known formation processes in a protoplanetary disk or from later, large collisions," he said.

"A variety of explanations have been offered, but none is totally convincing. The cool thing is that the previously unexplained young age of the rings is naturally explained in our scenario."

This long-lost moon, named "Chrysalis", would have been just like any of Saturn's other 83 moons until at some point between 100 and 200 million years ago when the gravitational field of Titan - Saturn's largest moon - began to disrupt its orbit, sending it on a one-way path to disaster.

Once it began breaking apart, most of it would have likely been consumed by Saturn itself before the remnants ended up being scattered around the planet to form the rings.

Let me posit another ring explanation, merely as an hypothesis: The rings are the result of asteroid spray. We have a heavy planet with a dense atmosphere.  It is continually bombarded by asteroids and comets. Most of them are swallowed by the planet. Some of them hit the atmosphere tangentially, though, and a lot of their mass bounces as a spray of particles off the planet's atmosphere, and end up forming the rings and some of their shepherd satellites.   In the case of Jupiter because of its high mass there is far less spray and consequently Jupiter's rings are far less substantial.

#3 Posted by Hammerclaw 7 days ago

It would be appropriate, as Saturn ate his children!