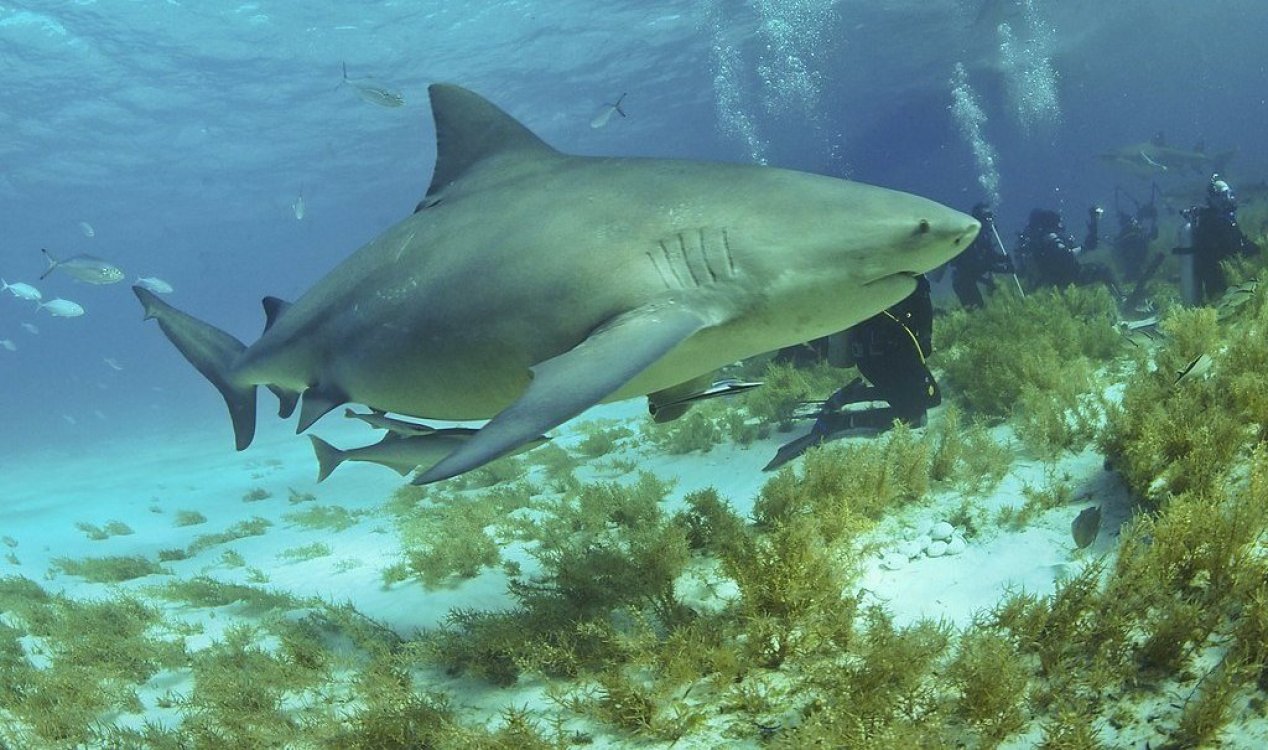 The shark could be a bull shark (see video below). Image Credit: CC BY-SA 4.0 Albert Kok~enwiki
The destructive hurricane currently making landfall in the United States has been displacing the local wildlife.
There is no denying the trail of destruction left by Hurricane Ian - a tropical cyclone that has already caused untold damage and loss of life in Florida and that is now making its way along the East Coast.

For one resident in southwest Florida, however, the storm had brought with it something unbelievable.

In video footage captured and uploaded onto Twitter, Fort Myers resident Dominic Cameratta managed to capture what appeared to be an actual live shark swimming in his neighbor's back yard.

The local real estate developer confirmed that the clip, which shows the unexpected visitor swimming around in the floodwater, had been recorded from his patio on Wednesday."I didn't know what it was - it just looked like a fish or something," he told The Associated Press.

The video quickly racked up several million views on social media, with other users likening it to something out of the Sharknado movie series.

Some experts believe that the creature was a young bull shark swept up by the rising water levels.

#1 Posted by ouija ouija 2 months ago

I hope he finds his way back out to sea when the water recedes.

#2 Posted by pallidin 2 months ago

I grew-up and lived in Florida off-and-on for 18 years. Been through 2 hurricanes and I can tell you they are no joke and extremely dangerous. The recovery for them will be difficult.

#3 Posted by susieice 2 months ago

There were sharks spotted swimming in the streets of Atlantic City when Hurricane Sandy flooded them. Some people in Florida have also reported seeing alligators.

#4 Posted by Robotic Jew 2 months ago

somebody needs to rescue that poor thing!   Where is Steve Sanders when you need him??

#5 Posted by docyabut2 2 months ago

and the fire ants to and what about the snakes   i never wanted to go to Florida   "Flood water is dangerous," the Collier County government tweeted on Thursday afternoon. "We've received reports of sewage, alligators and snakes in flood water in our community. Please stay away."    https://www.cbsnews.com/news/hurricane-ian-florida-alligators-snakes-floodwater/

#6 Posted by docyabut2 2 months ago

https://a-z-animals.com/blog/the-biggest-snakes-in-florida-one-reaches-19-feet/ The Biggest Snakes in Florida (One Reaches 19 Feet

#7 Posted by Amorlind 2 months ago

Not new, happens everytime there is a flood in those parts of the country