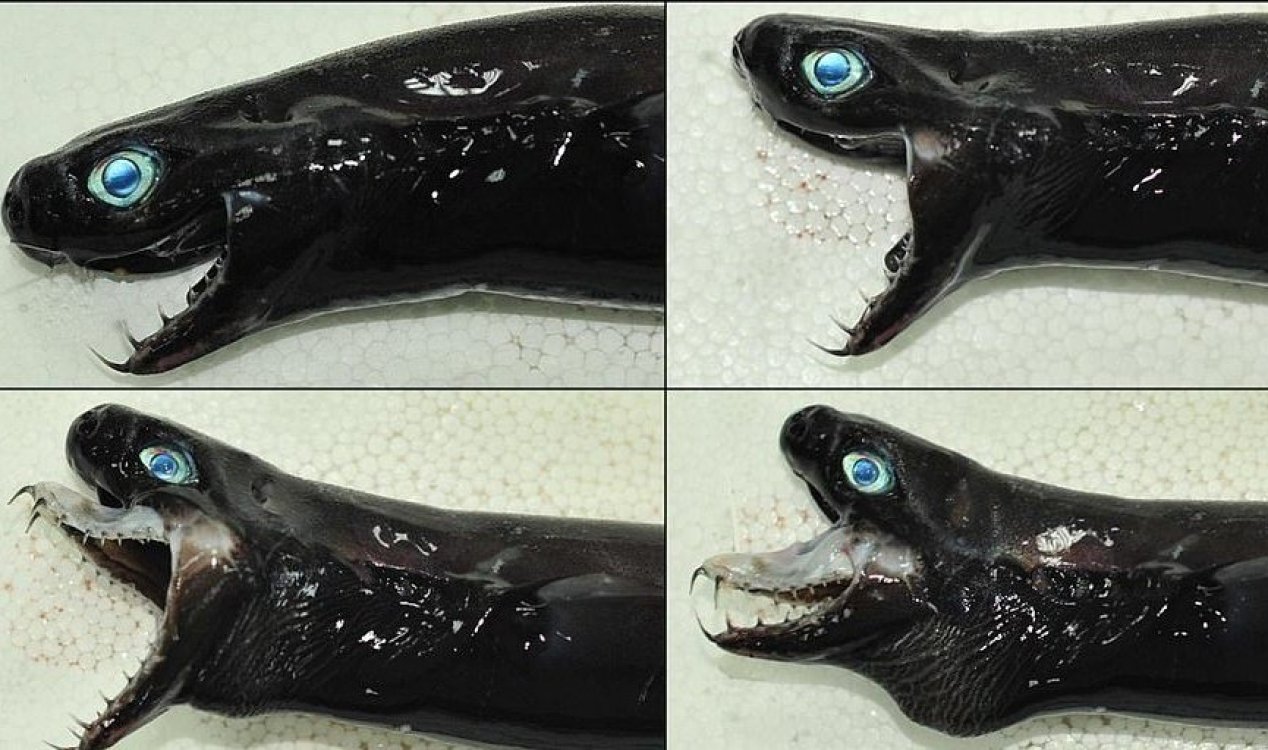 Some have likened the shark to Marvel's Venom. Image Credit: Taiwan Fisheries Research Institute
This fearsome looking denizen of the deep has needle-sharp teeth and a terrifying extendable mouth.
At a glance, this ferocious eel-like beast looks like something out of a nightmare - a jet-black shark equipped with rows of needle-like teeth and a secondary jaw that can protrude from its mouth like the xenomorphs from the Alien franchise.

Known as the viper dogfish (or viper shark), the species is very seldom seen, with its existence only being confirmed as recently as 1986 and only a handful of specimens having ever been seen or photographed.

This particular specimen, which recently went viral online, was caught around 5 years ago by Taiwan's Fisheries Research Institute during a survey near Donghe Township.The species has also been spotted off the coasts of Hawaii and Japan.

Despite its unsettling appearance, however, it's worth noting that the viper dogfish is not actually that large - growing only to around 60cm in length - and lives on a diet of crustaceans and bony fish.

Even so, you probably wouldn't want to come across a group of them while out swimming...

The viper dogfish is a rare species of shark that resides deep in the ocean. They eject their jaws out of their mouth to catch prey. pic.twitter.com/SG3jEvzzVO

#1 Posted by jethrofloyd 4 months ago

A creature from a nightmares!

#2 Posted by Orphalesion 4 months ago

#3 Posted by ouija ouija 4 months ago

#4 Posted by HSlim 4 months ago

'ey girl, whatchoo do with that mouth?

#5 Posted by openozy 4 months ago

I admire its purity. A survivor, unclouded by conscience, remorse, or delusions of morality.

#7 Posted by XenoFish 3 months ago

Not quite lovecraftian enough to compare with me.